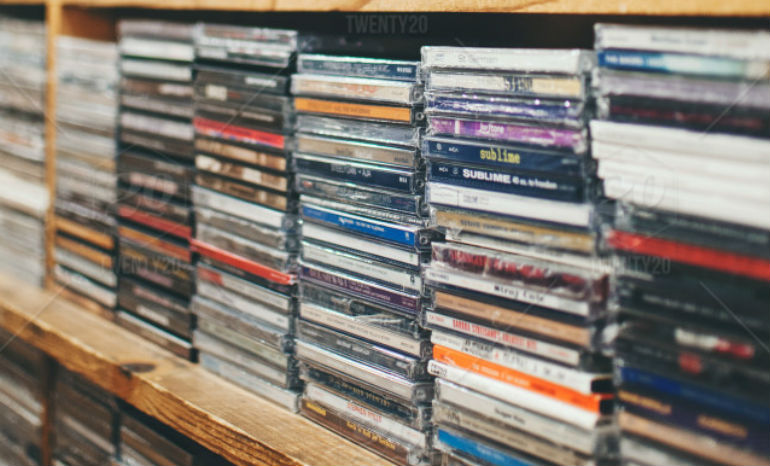 Best Buy was one of the top music merchandisers in the US at one point, but come July 1, 2018, the electronics superstore will no longer be carrying CDs, and Target may be next.

If you’ve been to your local Best Buy lately, you’re probably painfully aware that their CD section has grown rather weak, or maybe you aren’t because, well, who buys CDs anymore, aside from the aux cord-less and the uber-consumer? According to Billboard, sources suggest that CDs only rake in $40 million annually for the company.

While they plan on pulling all CDs from the racks, Best Buy will continue selling vinyl for another two years, per the commitment made with vendors.

Another store once known for their immense music selection, Target is giving music and DVD distributors an ultimatum- Target wants to switch to scan-based trading. Currently, the company pays for any goods shipped to them within 60 days and must pay to ship back any unsold items, which puts the inventory risk on them. Scan-based trading would allow Target to only pay the labels after an item has been purchased by a consumer, shifting the risk to the suppliers.

At one point, Target carried over 800 music titles, but now less than 100 can be found at any given time, a common occurrence across brick and mortar stores.

@GwenStefani is the soundtrack to our weekend. 🎤 Get her new album with 4 extra songs today only at Target. There's #MoreMusic via the link in our profile.

Why is this? Well, a major contender in the downfall of both tangible and digital CD purchases is streaming. According to the International Federation of the Phonographic Industry (IFPI), streaming has seen a 60.4% increase in revenues as of 2016. Over 100 million people are paid subscribers of a streaming service, which makes up the majority of digital music revenue, which totals to over 50% of total recorded music earnings.

While vinyl sales make up a small portion of recorded music revenues (6%), they neared the $1 billion benchmark for the first time this millennium last year, which is a milestone untouched since the 80s.

Digital music is convenient, vinyls have a collectable charm and appeal to audiophiles, but CDs are only pertinent in the lives of those without aux cords in their vehicles. CDs can also be a cheaper alternative to vinyl as a fun collectable for fans to pick up at shows, but other than that, they seem to be fairly obsolete. If this is the case, then why are people seemingly so upset that Best Buy and potentially Target are pulling CDs from their stores?

What’s your preferred form of music consumption? Do you think stores should continue selling CDs?