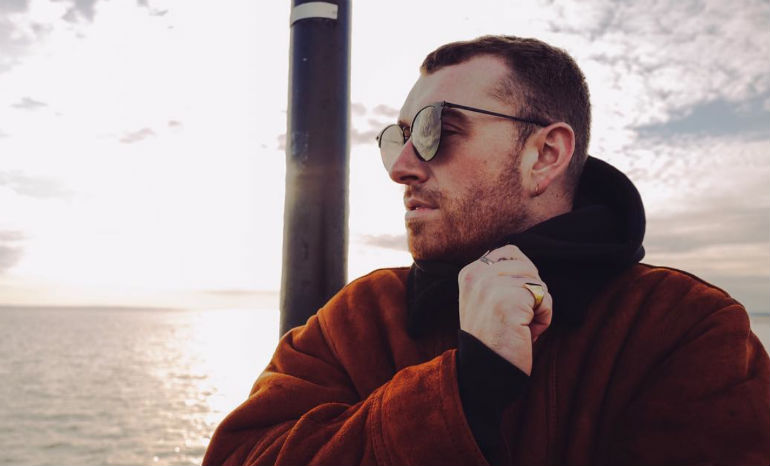 Sam Smith not only won our hearts with his power-ballads like “Stay With Me” and “I’m Not The Only One,” but solidified our love singing “Too Good At Goodbyes.” To make us fawn over his amazing talent even more, Smith released two exclusive singles with Spotify. The first is a slower, piano-heavy version of his song, “Burning,” off of his Thrill Of It All album, and the second is a cover of singer Oleta Adams’ song “Get Here.”

Sam announced the launch of the singles collection via twitter saying:

Performing 'Burning' and 'Get Here' by the incredible @realoletaadams in session for @Spotify 🖤 You can listen to my Spotify singles at https://t.co/TsGP6taoui x pic.twitter.com/WX28Ha8tim

Sam credits Oleta Adams for his version of “Get Here,” but the song was originally sung by Brenda Russell in 1988. Adams was the one to make the song an international success three years after Russell’s album release, much like how Whitney Houston’s performance of “I Will Always Love You”, originally written and performed by Dolly Parton, was a mega success when Houston covered the song for the 1992 film “The Bodyguard.”

What Adams’ versions has over Russell’s is a soulfulness that is missing in the 1988 version, so it makes sense that Smith would be taking inspiration from Oleta Adams rather than Brenda Russell, although both qualify as queens in their own right.

Much like the rest of “Thrill Of It All,” these songs have a gospel influence, like “Pray,” which he performed at the 60th Grammys along with “Him.” A lot of Thrill Of It All leans on gospel tropes that complement Smith’s smooth vocals. Also, the usage of the piano throughout his new album influences his choice in scaling down the music behind the vocals of “Burning” to a simple piano accompanying the vocals. Both songs are truly amazing and a perfect addition to Smith’s Discography.

What are your thoughts on the singles? Tweet us @Soundigest!