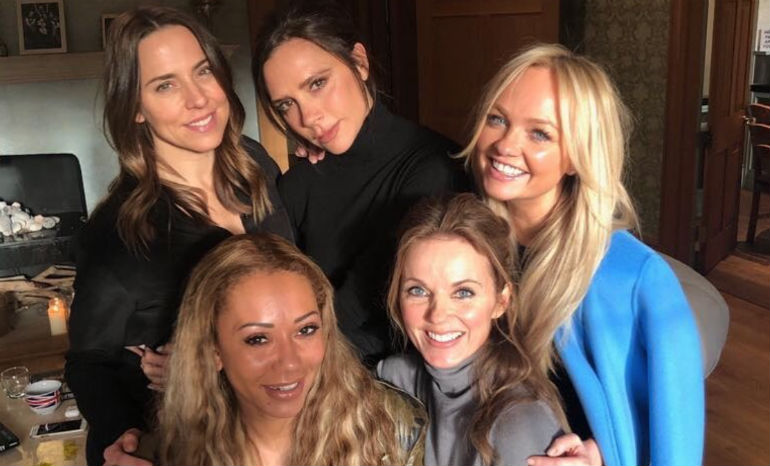 ZIG-A-ZIG AH! The Spice Girls are back! On February 2nd, the Internet exploded when Victoria Beckham AKA Posh Spice posted a photo of her with the rest of the group on her Instagram account. While no one knows for sure what they’re up to, there is a lot of speculation. Here’s all we know so far about their reunion:

This was the first time the Spice Girls have been together since 2012 when they performed at the Summer Olympics closing ceremony in London.

Over the years, Beckham has turned down a few opportunities to reunite with the group. In a recent interview with Vogue, she spoke about how the recent Time’s Up and #MeToo movements have inspired her. She states, “The Time’s Up and #MeToo movements have shone a light on how powerful we can be when we work together to bring about change. That is incredibly inspiring. My career has always focused on empowering and celebrating women, so the momentum that these movements brought only makes me even more determined and passionate in my beliefs.” Could this be why she finally agreed to meet up with the Spice Girls again?

But unfortunately, Beckham shut that dream down when she revealed they would not be going on tour. She tells Vogue, “I’m not going on tour. The girls aren’t going on tour. There’s something so strong in the message of what the Spice Girls stood for. What is that in the future? What does that look like? We were just bouncing ideas around. Brainstorming.”

So what could this reunion be? Maybe they’ll release a charity single in which the proceeds will go to the Time’s Up and #MeToo movements. Or they are performing at one of the telethons that air in the United Kingdom like Sports Relief or Children in Need, whose proceeds help various charities around the world.

Regardless of what the project is, my inner 90s child cannot wait for the official announcement!

Tweet us at @soundigest with what you think the Spice Girls are up to!