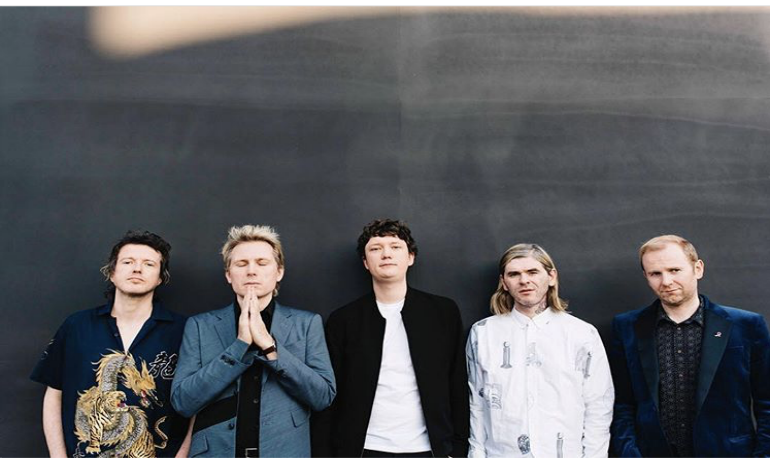 Franz Ferdinand has returned after several years —– I’m not talking about to the Archduke of Austria whose assassination sparked World War One — rather the Glasgow indie rockers best known for their infectiously catchy hit “Take Me Out.” The Scottish band released their fifth studio album this past weekend entitled, “Always Ascending.”

Very happy to announce our new album Always Ascending is out everywhere as of today. We hope you enjoy it as much as we enjoyed making it. Alex, Paul, Bob, Julian, Dino x Follow the link in the bio and get involved! ✌️

The album is named for its opening track, which sets the stage for the rest of the dance-rock experience to come. Although the song’s opening is reminiscent of a David Bowie ballad, powerful synthesizers soon kick in with a rhythm section similar to that of a pulsating night club. The foot-tapping tempo established early on continues for much of the album, most notably in the track “Lazy Boy,” Alex Kapranos’ voice is a novelty, and his lyrics tread a thin line between hilarious and flat-out weird. He drones on, repeatedly, “I’m a lazy boy// I’m a lazy boy//never getting up in time// I enjoy, being a lazy boy.” Tracks like “Paper Cages,” and “Finally,” venture away from the steady night club tempo and showcase more dynamic rises and falls in sound and energy, all while still utilizing the band’s well produced synthesizers and keeping their electronic feel. Maybe it is worth noting here that the font on the album cover reminds me of something I might see while watching educational videos in high school science class. If my old bow-tie wearing chemistry teacher expressed appreciation for “Always Ascending,” I wouldn’t be surprised (I would also ask if he still enjoyed setting tables on fire on the first day of class).

Unfortunately, when the rhythm slows down some songs can begin to get lost in a dreary state. “The Academy Award,” and the song’s closing track fall into a monotonous drag, which may actually taint some of the songs that they are close to. Late in the album one might be fooled into thinking they are bored and have been for some time, maybe even since “Lazy Boy.” As a result some of the more risky songs like “Huck and Jim,” might be gazed over  when they do not deserve to be.

Poor pacing does not diminish the fact that “Always Ascending” includes addicting tracks with a similar effect as Franz Ferdinand’s old hit, “Take Me Out.” The tracks have the ability to make people tap their feet, bob their head, enjoy the forward motion of a nice drive and maybe even dance in public if they’re feeling brave enough.