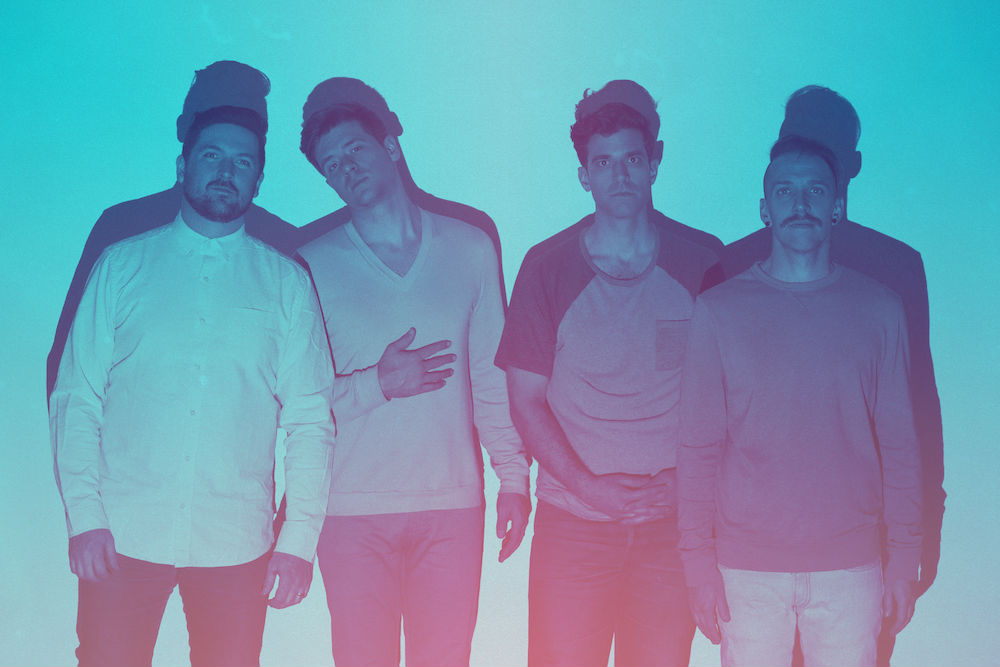 Making life into pop music, Daniel Ellsworth and The Great Lakes make that into a reality with their new album, Fashion, coming out this fall. The band consists of Daniel Ellsworth singing lead vocals and on keys, Joel Wren on the drums, Timon Lance on guitar and Marshall Skinner on Bass. Describing their album as “A silky, organic monster made from the remnants of pop swagger, sunglasses, self-aware grown-up realism, road trips, anxiety, and just plain, pounding fun.” The album is being released in three parts. Chapter One was just recently released with Chapter Two in the Spring and the full album soon following! With themes ranging from how the band sees the world, to growing older and the world falling apart the album has a track for everyone. We got a chance to talk to Daniel and ask him some questions about the new music and what’s to come!

How did you guys come together as a band?

We met in college and through the music community here in Nashville. We made our first record in 2011 and started touring as a band in 2012.

Who would you say influences you artistically?

We all come from fairly different musical backgrounds so it’s all over the map, but in no particular order some of our all-time favorites are: Wilco, Paul Simon, The Band, Phoenix, Talking Heads, Tom Petty and the Heartbreakers, Bjork, Beck, Billy Joel, 90’s hip-hop, sexy saxophone solos, and re-runs of Seinfeld.

So you recently released the first part of your new album, how does it feel?

It feels amazing to finally have some of this new music we’ve been working on for so long out in the world.

Can you explain the name of your upcoming album, Fashion? And what made you release it in three parts?

Fashion was actually in the running as a title for our 2014 album Kid Tiger and it seemed like the right name to use this time around. It’s kind of tongue-in-cheek, poking fun at ourselves, and the music industry in general, for trying so painfully hard to be cool. Everything in music and culture – trends, bands, artists, songs – all come and go so quickly right now. You’ve gotta stay on top of your game and make sure your jeans are the right amount of tight and that you’re getting the right amount of Instagram likes so the record labels know you’re good. We’re hoping with calling this record Fashion that we can get our Instagram follower count to shoot through the roof so we are finally respected as musicians.

We recorded the album in chunks over the course of a year, and so the three parts are a reflection of that recording process. We also wanted to experiment and release something in a way that we never have before.

Are the three parts connected and what process did you go through choosing the songs for each part?

The connection is that they are a reflection of how we made the record. The songs on Chapter One are the first few we recorded for the album, then Chapter Two has songs from the next sessions, and so on.  There aren’t any themes that necessarily tie them together, though each “chapter” does seem to have it’s own vibe.

How is this album different from your earlier work?

We made this album in a different studio with a different producer (Kyle Andrews) and we took a different approach to recording. We took a lot more time – we came into the studio with unfinished songs and worked them out there. We picked arrangements apart and tried new things until we found what worked best. Having that kind of time and a real hands on producer was brand new for us.

Can you tell us what to look out for on Chapter 2?

Any upcoming shows or videos in the work?

The first track from Chapter Two will release at the end of February along with a brand new music video. To say we’re excited about this one is an understatement. We’ve also got a handful of shows happening in March and April in Chicago, New York, Nashville, and Columbus.

Anything you want to add?

We like you and we love you and for the love of God vote on November 6.

Check out the video for their single Catapult HERE: