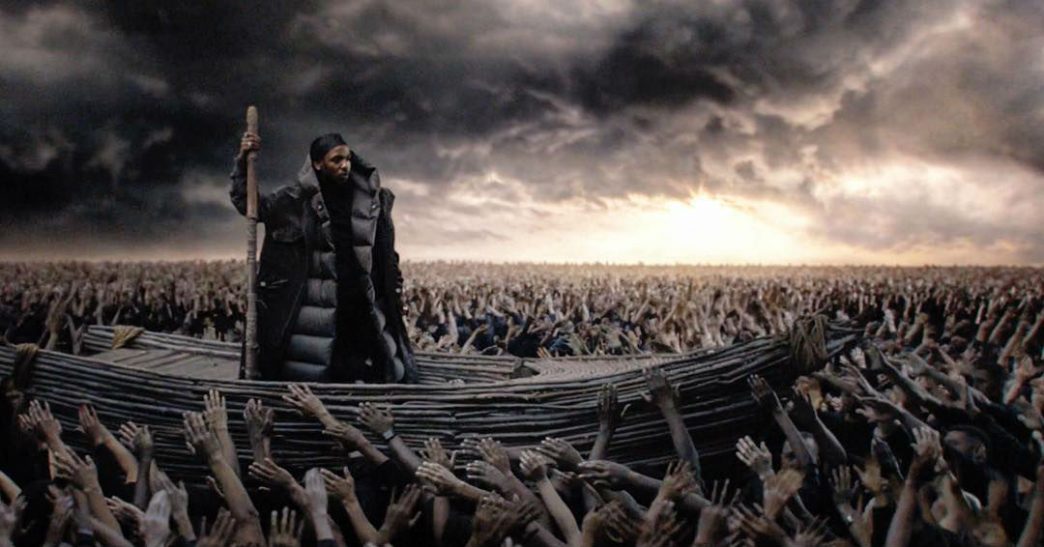 Kendrick Lamar and SZA recently released the visual for their collaborative track, “All The Stars.”  Continuing with Black Panther‘s African roots, the music video features not only a deep cultural feeling, but bright, vibrant colors and references to the movie as well.

In the first shot, Lamar can be seen traveling on a boat through a sea of people before being surrounded by children in bright red hats. The video cuts to a sky of stars in the shape of Africa before zooming in to SZA dancing among the constellations. Lamar is then surrounded by men in vibrant suits and dancers, with occasional clips of women in traditional looking clothing and patterns. These patterns can be seen in various places throughout the video, including on Lamar’s shirt and hat, as well as in the sea that SZA is floating in during multiple frames. The video features an all black cast, similar to the Black Panther film, with a deep afro-futurism vibes tied in throughout.

Keeping up with the feeling of the film, which is commencing its opening weekend, the video appears to take place in the fictional world of Wakanda, with bright blue forests and scorched trees. In line with the films depiction of African nobility, the video features Lamar and SZA looking like royalty from start to finish. With shots of models standing in gold costumes in a gold room, to Lamar standing before four beautiful giant women who look to be goddesses, the video is definitely not one you want to miss.

The video was directed by Dave Meyers and The Little Homies. The director has worked with Lamar on his video for “Humble” and the two seemed to pull out amazing visuals once again. This is the first video released from the film soundtrack, which Lamar was also a co-producer on.

Check out the music video for “All The Stars” HERE: