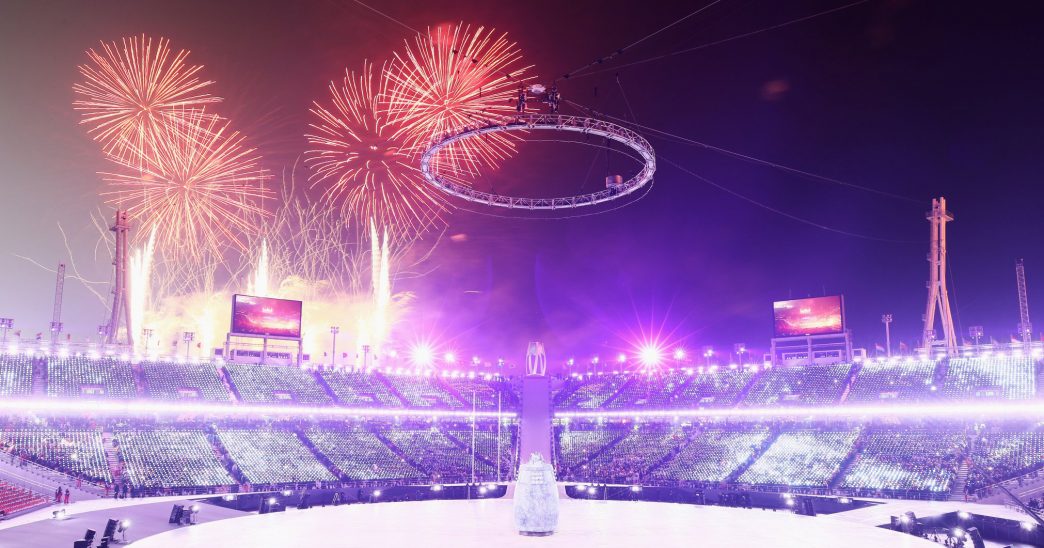 The opening ceremony at the 2018 Winter Olympics in PyeongChang, South Korea proved to be a historic moment, with Olympic athletes from North and South Korea entering the stadium together in a gesture of peace and unification. Also notable was the inclusion of a variety of Korean music during the ceremony, which included a performance of the traditional folk song “Arirang” as well as the use of modern K-pop during the arrival of several countries into the stadium.

“DNA” by global sensation BTS served as the background music for a couple of entrances, and the United States team paraded in to the tune of PSY’s 2012 viral hit “Gangnam Style”. Other K-pop acts whose songs were featured during the opening ceremony included BIGBANG, Red Velvet, and TWICE. K-pop is one of the most significant cultural exports from South Korea, with the industry gaining traction worldwide at a rapid pace in the past decade, so it’s no surprise that the Olympic committee chose to highlight it in the ceremony.

Although the foundation of the Olympic Games lies in competitive sports, they symbolize not just pride in one’s own country but also the unity of countries around the world. Particularly in today’s political climate, that sense of solidarity is more necessary than ever. The remarkable power of music was demonstrated at the opening ceremony during a rendition of John Lennon’s “Imagine”. Performed by artists from various genres, such as K-pop singer Ahn Ji-young and indie rock singer Ha Hyun-woo, the famous lyrics singing of peace and harmony rang out over the stadium. Music possesses the ability to transcend differing social and geographical backgrounds, and at the Olympics, it acts as both a meaningful component of a globally broadcasted event and a quintessential representation of the host country. This isn’t the last that we’ll be hearing of K-pop at the PyeongChang Olympics. Among other Korean artists, EXO and CL, two K-pop acts who have been well received internationally, are scheduled to perform at the closing ceremony on February 28th. It’ll be difficult to top this astounding opening ceremony, but we’re looking forward to another incredible display of Korean talent at the end of this year’s Winter Olympics.