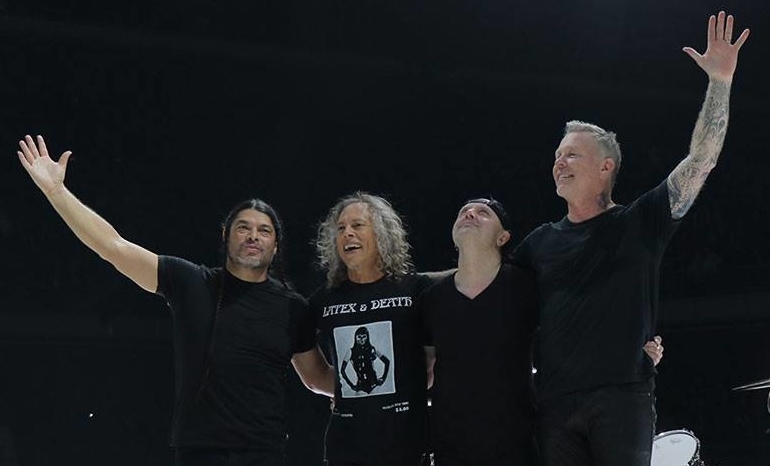 Metallica is set to receive the Polar Music Prize, which is the music equivalent to the Nobel Prize this June. The heavy metal band is nearly 40 years into their career, earning this honor in due time.

On June 14th we will receive Sweden’s @PolarMusicPrize which awards two laureates in celebration of music in all its various genres. Honorees receive one million SEK which we will donate to @AWMHFoundation. We are truly humbled & inspired to be recognized in this manner! pic.twitter.com/oXkHySzah1

So what exactly is the Polar Music Prize? Well, it’s a Swedish award recognizing international excellence in music, established in 1989 by Stig Anderson, who is best known as manager of ABBA. Each year, one contemporary and one classic artist is selected as a laureate. 2018’s other recipient is The Afghanistan National Institute of Music.

Metallica will win 1 million Swedish kronor, which is about $126,000 USD and plans on donating it to their All Within My Hands organization, which supports organizations dedicated to issues including poverty, youth music programs and pediatric cancer.

“It puts us in very distinguished company,” Lars Ulrich told the BBC. “It’s a great validation of everything that Metallica has done over the last 35 years. At the same time, we feel like we’re in our prime with a lot of good years ahead of us.”

From the Polar Music Prize’s website: “Not since Wagner’s emotional turmoil and Tchaikovsky’s cannons has anyone created music that is so physical and furious, and yet still so accessible. Through virtuoso ensemble playing and its use of extremely accelerated tempos, Metallica has taken rock music to places it had never been before. In Metallica’s world, both a teenage bedroom and a concert hall can be transformed into a Valhalla. The strength of the band’s uncompromising albums has helped millions of listeners to transform their sense of alienation into a superpower.”