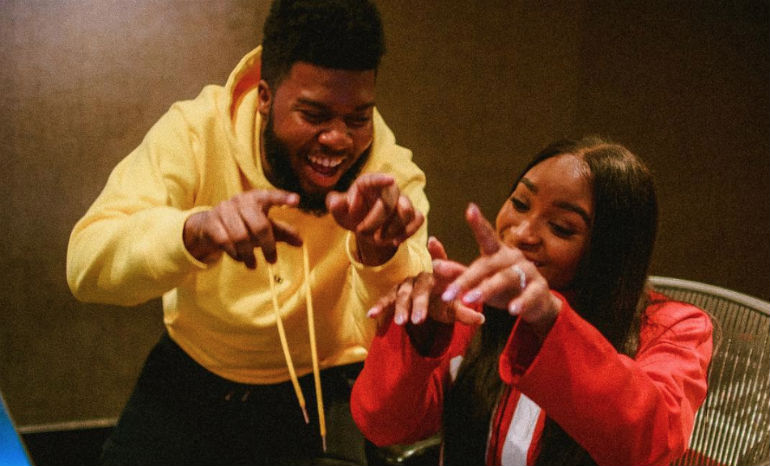 Normani Kordei of Fifth Harmony fame has branched outside of the group for her first solo debut with fellow artist, Khalid. The two teamed up on a track for the upcoming film, Love Simon, called “Love Lies.” The Love Simon soundtrack will be released the same day as its film counterpart, on March 16th. “Love Lies” serves as the soundtrack’s lead single.

For her solo debut, Normani dropped her surname, Kordei (which is actually her middle name) in favor of using her first name only. She spoke about the name debut in an interview with V Magazine and why the name Normani means so much to her, “Honestly, I just think that my name is unique enough, and Kordei is actually my middle name. I feel like it gets a little complicated because people can’t even say my first name right. I just feel like there’s some power in even just seeing Normani. And it’s something special to me too because my mom and my dad actually named me after my uncle, who passed away before I was even born. It was my mom’s brother and she promised, cause I’m my mom’s firstborn and her only child, she promised that her first child would be named after him, and his name is Norman, so she named me Normani. She was also really into fashion. She was watching an Armani fashion show and put the name together. It definitely carries its legacy.”

Normani also spoke to Beats 1’s Zane Lowe about how she is “so excited” that her debut solo song is finally here, “This is the first time I feel like people are actually getting a sense of who I actually am. Being in the studio and partnering with Khalid, it actually tells me more about myself that I didn’t necessarily know was even there. This is definitely [a] growing process and I can’t wait. I’m so excited for the journey.” You can listen to the interview in full here.

Khalid and Normani have known each other for a while now. Normani appeared in Khalid’s video for his smash hit, “Young, Dumb and Broke.” In fact, their collaboration came out of a genuine friendship, as Normani revealed in her interview on Beat’s 1. “[Khalid] is definitely such an amazing soul and I think that that’s why this record means so much to me personally. I know that it means a lot to him as well, it’s just because we’re genuine friends. Like, this wasn’t an A&R… somebody just putting us in a room together and being like, “Yo, make something dope.” It was literally like, I met him way back when he did “Young, Dumb & Broke.” He actually invited me and that was the first time we physically met in person, we had been talking for a minute, but he was just such a special person and I think that he’s such a necessary artist, but he’s an even better person.”

Their chemistry is part of what makes both the song and video so special. The song, a crisp, smooth R&B track, with vocals that compliment each other, is somehow both catchy and relaxing. Khalid opens the song with the first verse, the two join together for the chorus, Normani takes the second verse, and the two join together again for the chorus and bridge. It’s the perfect song for fans to hear Normani’s voice on a track with a genre different from the typical Fifth Harmony song. For Normani’s first solo debut, “Love Lies” is a brilliant choice and showcases that this could be the first of many hits for Normani and her solo career.

You can listen to the track here and watch the video below. Tweet us your thoughts on the song @Soundigest!