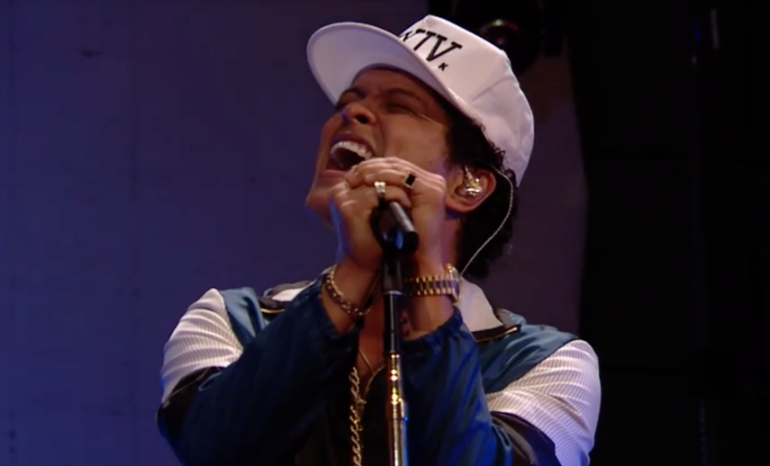 We love when artists cover songs because it allows them to recreate the originals in a whole new way. BBC Radio 1 Live Lounge is a radio show in the UK in which artists come in to typically perform acoustic or semi-acoustic songs. What makes this show unique is that they always have the artist perform a cover song in addition to their own material. Our favorite aspect is that many artists will cover songs in completely different genres from their own. Recently, singer Dua Lipa who is known for dance/pop music covered a stripped down version of “Do I Wanna Know?” by British alt-rock band Arctic Monkeys. It’s one of our favorite songs by the band so we found it really interesting to hear Dua’s interpretation and made us appreciate it in an entirely new light.

Amazing, right?! But don’t stop now! Below are 8 of our favorite BBC Radio 1 Live Lounge covers EVER:

It’s no secret that Harry has an amazing voice and this cover really showcases that. We find this to be one of the best covers of “The Chain” out there.

While we’re not huge fans of the original, Bastille turns this version of “We Can’t Stop” into one that we simply adore. They turn the original pop anthem into a rock/electronic jam full of violin. Not to mention, they sample the piano part of “Lose Yourself” by Eminem which adds another unique element.

6. Bruno Mars covering “All I Ask” by Adele

Bruno Mars and Adele are both amazing vocalists (imagine a duet?!?!) This performance of “All I Ask” is a gorgeous rendition. We love how Bruno turns this song into an R&B ballad whose sound is reminiscent of Boyz II Men meets “Hero” by Mariah Carey.

The original version of “Stay” is a slow, sultry R&B/pop song that Thirty Seconds to Mars turns into a gritty, rock power ballad. Joined by just a piano and percussion, this version proves how amazing of a singer Jared Leto is.

Even though Arctic Monkeys are known for their alt-rock songs, their version of Drake‘s “Hold On, We’re Going Home” is something that we could definitely see them including on an album. The mood is similar to many of the songs on the band’s AM album.

3. Usher covering “Pumped Up Kicks” by Foster The People

We’re all used to seeing Usher dance and sing hip-hop and R&B songs. This cover is high on our list because he does the exact opposite. He sings into a distorted, muffled microphone and plays the bass in front of a full electric band. This performance is interesting, different, and something that none of us are used to from Usher.

We find JoJo to be an incredibly underrated artist. She’s an insanely talented vocalist and this performance proves that. In fact, she was only 13 years old during this session! She turns the original loud alt-rock song into an acoustic pop-rock version. While they’re different styles, her vocals are just as powerful as Dave Grohl’s.

Honestly, Kelly Clarkson could sing the phone book and it would be amazing. This is one of my favorite covers she’s ever done. The original song by Coldplay and Rihanna has a lot of production, but not on the vocals. However, for this rendition, Kelly and her band strip the song down and predominately focus on the vocals. Her voice along with the harmonies from her former backup singers JillandKate make this version a powerhouse.