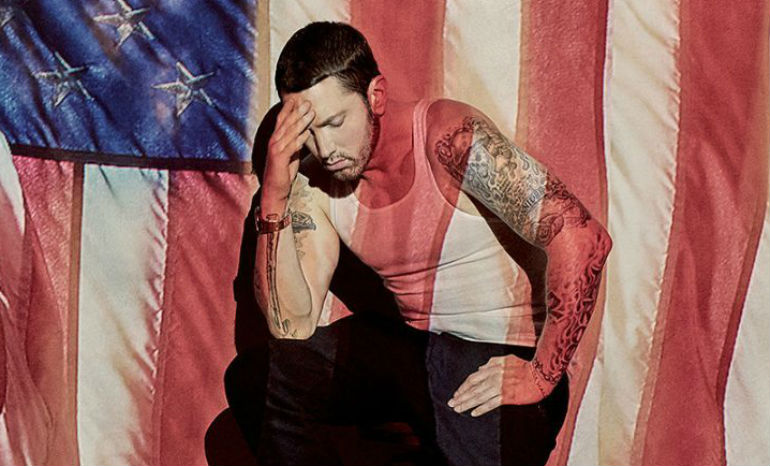 Eminem is back and his newest video is filled with all the rage and emotion you would expect from an Eminem video, but with the sweet vocals of Ed Sheeran to offset the usual. The video for “River” was put out on Valentine’s Day, and is a little depressing to say the least.  The single is from the his newest album, Revival, which was released in December of last year.

This video is staged as an interview with Eminem and the other “characters” in the video, including Sheeran in a few takes as well. While Eminem is telling the story, the video cuts to clips of his words playing out through what seems almost like hidden cameras.

The video, which is just short of seven minutes long, is full of dark scenes and water pouring down inside of a room. It also includes dialogue breaks to better understand the story, while also following the lyrics of the song. Directed by Emil Nava, the video opens with someone behind the camera asking Eminem, “what does love mean to you?” Before he gets a chance to answer, it cuts to reenactments of the story being told. With dimly lit rooms and the artists singing in the rain, it paints the picture of the emotion that was trying to be brought out in this video.

Telling stories in the best way he knows how, Eminem lets it all out with this track. Ending the video with Eminem in front of the camera, he explains what the song means to him, saying, “[the song is] something that I felt like I needed to get off my chest.” This emotional track about a love triangle the ended in heartbreak and an abortion after an unplanned pregnancy definitely pulls at our heartstrings, and the visual only further helps us feel those emotions.

Be sure to check out the video HERE: