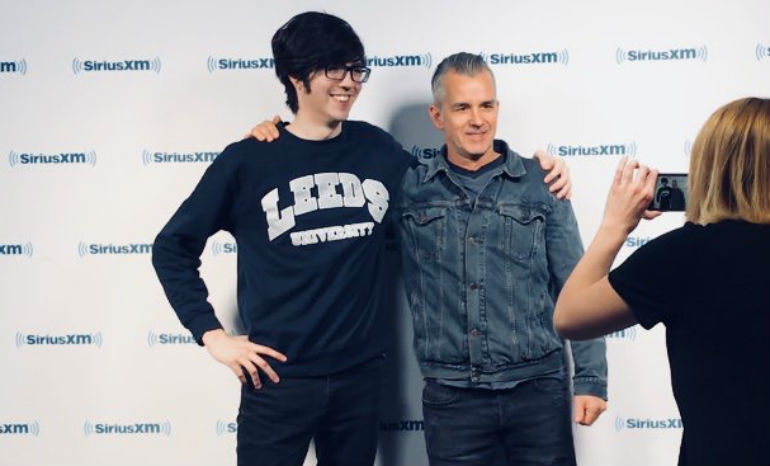 It seems like the line between meme and reality is growing thinner by the day, especially in the music industry.

Smash Mouth, the pop-rock group of the early 2000s has consistently remained relevant thanks to the obsessive weirdness of the internet. Their greatest hit “All Star,” is still heard by many on a daily basis. Countless covers, edits and remixes of the hit can be found in the depths of Reddit as well as other social media platforms.

Apparently, the strangeness and meta-standing of the band does not end there. After Smash Mouth praised Will Toledo’s indie-project, Car Seat Headrest, a fan on Twitter suggested that the two groups collaborate. Smash Mouth was notably humble when faced with the suggestion, stating, “I don’t think they would think that’s cool but we’re game.” And “They don’t need our old asses! But thanks for your support.”

Despite this, the offhand suggestion was eventually replied to by both bands, and soon was set to become a reality. CSH showed enthusiasm in their reply, writing, “Let’s make it happen!”

Just like that, a bridge was built between the moody and introspective Car Seat Headrest, and the Californian rockers best known for their part in the original Shrek.

Smash Mouth opted to cover the CSH song, “Something Soon.” The track premiered on SiriusXMU radio last week. The cover was available on Soundcloud for a short time, but has since been removed. There are currently no details as to why the song has been pulled. The removal may have occurred because Car Seat Headrest’s cover of Smash Mouth’s “Fallen Horses” was not released simultaneously.

There was some disappointment that CSH did not choose to cover the iconic “All Star,” but perhaps fans of memes and indie music should remain hopeful and patient to see what the musicians deliver.

Edited 2/21: “Something Soon” has been reuploaded to Soundcloud.