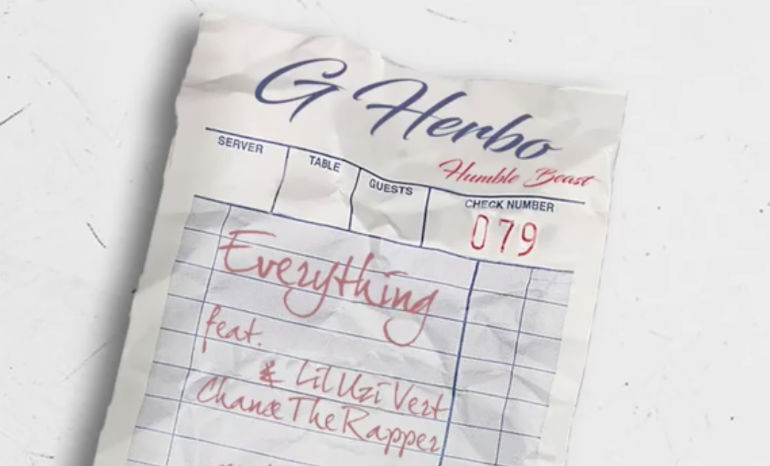 G Herbo released the deluxe version of his album, Humble Beast, on February 16th. His debut LP, Humble Beast, was first released last year, but with all the success he had in 2017, he decided to please his fans with an updated version of the album. The album features 12 brand new songs with some features, one being “4 Nem” featuring Lil Durk. The biggest track everyone is talking about off the deluxe album, however, is his remix of “Everything.” The song already featured Lil Uzi Vert, but it now also features a verse from fellow Chicago native, Chance the Rapper. The song was first teased on February 13th on G Herbo’s Instagram to hype up the release of the deluxe edition of the album.

G Herbo already put himself on the radar with the original version of the song, but being able to get Chance the Rapper on the remix is a way to show his fans that he has more big things coming up in 2018. Chance delivers an unique verse unlike his verses from Coloring Book, with more gritty lyrics altogether. His lyrics are usually more light-hearted, but for his verse on “Everything,” he opted more for showboating and braggadocios rhymes. At the end of his verse he rhymes, “Me and Oprah just might go for lunch//Fishin’ with some bitches where they breakin’ open coconuts//Shoppin’, goin’ postal, ain’t been local since we opened up.”

If you’re curious about the other songs on the album, take a look:

Do you think Chance the Rapper’s killed it for his verse? If you haven’t listened, check out the remix HERE: