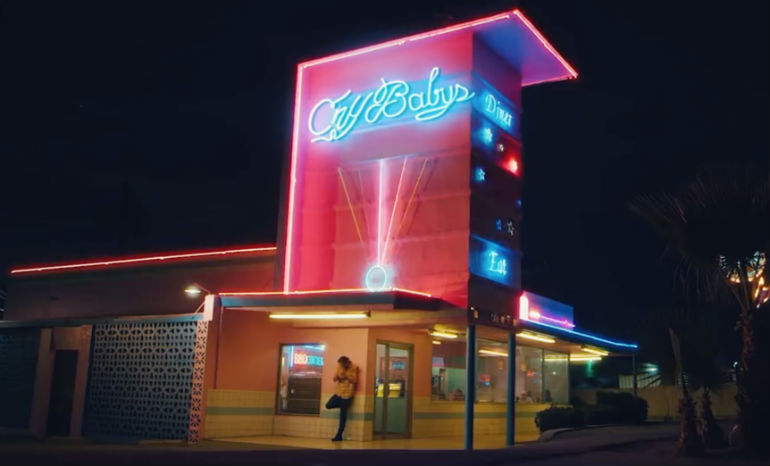 The song “Spotlight” by Marshmello and Lil Peep was recorded soon before Lil Peep’s untimely death towards the end of last year. This song was just one of many collaborations he was working on at the time, and now it’s been released, along with a video, for all of us to enjoy. The song was released on January 12th, and the music video dropped exactly a month later.

The music video for the song follows a green-haired woman in a neon futuristic world. The majority of the music video takes place in a retro diner called Crybaby’s. Throughout the entire video we follow the woman and see how objects in her life remind her of a past relationship that went wrong. She’s clearly haunted by the memories and upset that things didn’t seem to work out the way she wanted. The video also features many cameos of Marshmello’s classic helmet.

Although the video is not very complex in plot, the colors and the characters are all very aesthetically pleasing and enjoyable to watch. Check it out for yourself HERE: