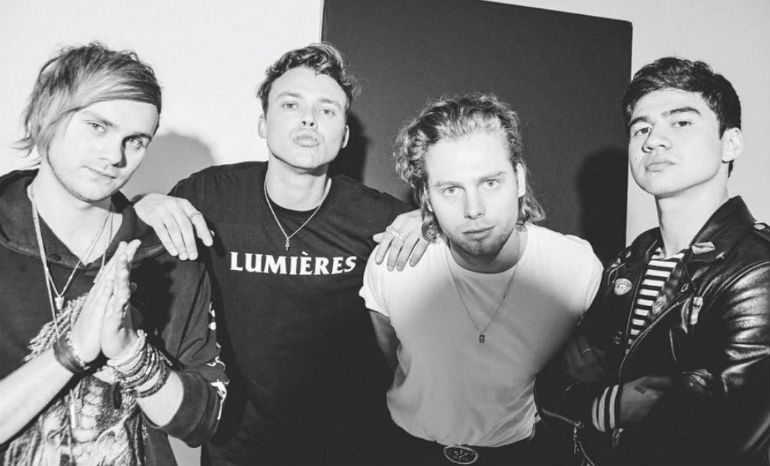 5 Seconds of Summer fans have been waiting almost two years for a new single, and the boys finally came through on Thursday night with the release of “Want You Back.” As the first single off the upcoming album, fans are eager to hear more of their new sound. Taking a step away from their usual pop-punk style, “Want You Back” gives more of a pop feel, reminiscent of One Direction. Band members Luke Hemmings, Michael Clifford, Calum Hood and Ashton Irwin have described the new highly anticipated album as more of a mature sound, and they even made an explicit version of the new single.

Singing about breakups and not being able to get over the one you loved, 5SOS will have you totally in your feels as you listen. The song includes lyrics like, “no matter where I go, I’m always gonna want you back,” and, “I know you know I will never get over you,” so it will definitely have you singing along with your windows down in no time.

Based on the fan reactions on social media, it’s clear that the 5SOS fam is loving the new sound:

Not only did the boys release a new single, but they also dropped a 26-date worldwide tour starting on March 20th. Ending in June and spanning across the U.S., Australia, and Europe, “5SOS3” has fans in a frenzy especially since tickets go on sale on March 2nd.

5SOS ARE GOING BACK ON TOUR IN 2018 AND IM LIVING, IM LIVING!!! SUDDENLY MY LIFE MAKES SENSE AGAIN, 5SOS ARE BACK GUYS!!!

The boys will be hitting up more intimate venues, and they’ll even be visiting some of the same stops from their first headlining U.S. tour in 2018, Star Stripes and Maple Syrup. Check out their new single below and let us know what you think in the comments or tweet us @soundigest !

Check out the tour dates HERE!