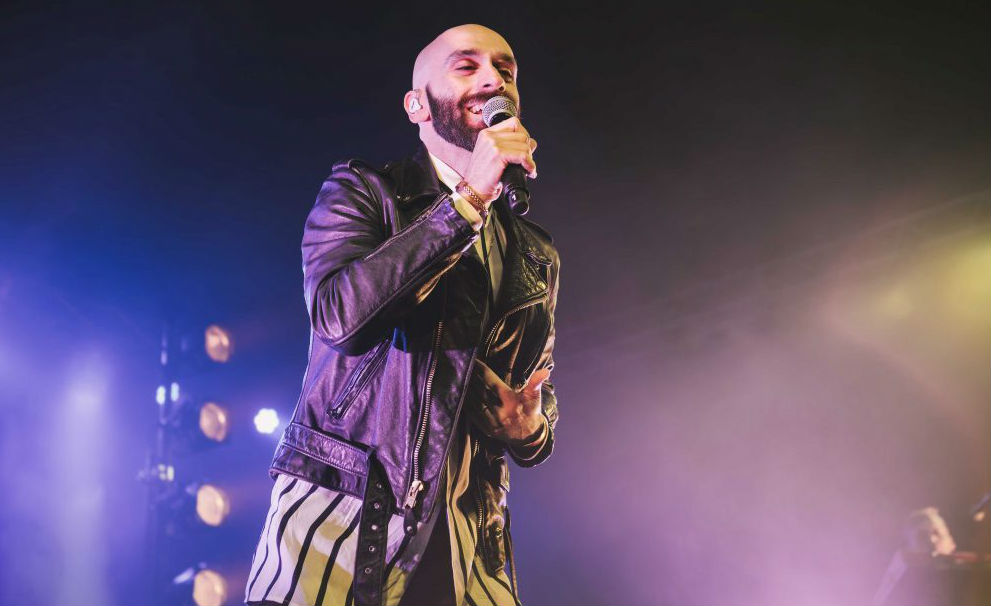 X Ambassadors had an encore-worthy performance in San Diego last Friday night as a stop on The Joyful Tour. The intimate rock venue, SOMA, housed a full and enthusiastic audience.

The show previewed a song coming out on their upcoming album, Joyful, the band’s second album since their debut in 2015, as well as a tear-jerking song dedication toward victims of the Florida school shooting.

To start off the show, they charged onto the stage singing one of their newer singles, “Ahead Of Myself.” Even though lead singer, Sam Harris, said he was recovering from a cold, his vocals rang throughout the venue and the show didn’t suffer one bit.

Harris broke out his saxophone for “The Devil You Know” and the crowd went crazy.

The guys also sang a rare stripped down version of “Gorgeous.”

With their second album Joyful coming out soon, X Ambassadors treated us to “Don’t Stay,” released a few weeks ago, as well as an entirely new song, “Hold You Down.”

Harris said “Hold You Down” was a very personal song for him, as it was inspired by somebody who was very close to him that is now estranged. Harris explained that the message of the song is that even though he and this individual are no longer in each other’s lives, he will always be there for them.

The guys performed the never-before-heard song at first with a nervous energy that transformed into serene confidence and vulnerability, as the crowd showed their approval and appreciation.

Harris dedicated one of the last songs, “Unsteady,” to the families and victims affected by the Florida school shooting that occurred Feb. 14 at Marjory Stoneman Douglas High School in Parkland, Florida.

The X Ambassadors singer called for stricter gun control laws and commended the youth activist movements forming by the students. “These young people are gonna forge the path,” he said, “they’re gonna forge the way. All of our hearts go out to the families and all those we’ve lost to gun violence in this country.”

The speech was followed by a moving performance, echoed by the crowd.

X Ambassadors wrapped up their The Joyful Tour stop with another crowd-pleaser, “Renegades.” Harris even jumped on the drums for an energetic solo, as well as his brother Casey Harris, who went hard on the keys.

You can catch X Ambassadors in your town by following their tour.

Also, make sure to read our interview with lead singer Sam Harris!