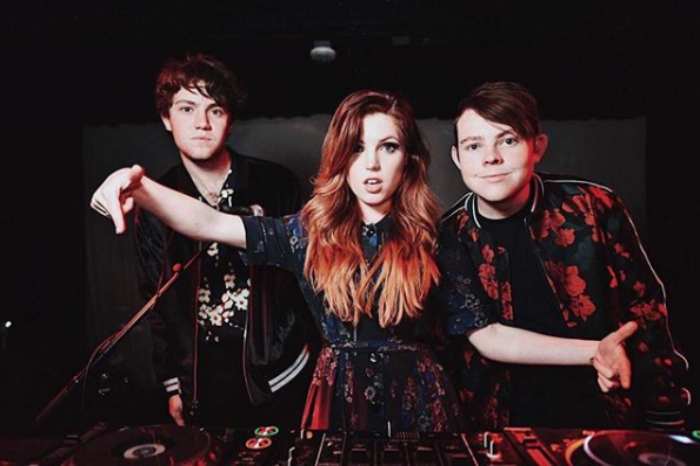 Back in July of 2017, the sibling trio Echosmith announced the follow-up to their 2013 release Talking Dreams, titled Inside A Dream. A few months later, they announced that they were pushing back their fall tour and the album. They gave a consolation of releasing a 7-song EP, which was called the Inside A Dream EP. The band released the EP on September 29, 2017 and pushed the tour to spring 2018. “Get Into My Car” is the 4th single from the upcoming album, and the first one dropped after the EP’s release. Soon after, they released the Prince Fox remix of “Get Into My Car.“

There’s still so much more of #InsideADream we want to share with you and we just can’t wait 💕🙈 listen at the link in bio!

The music video for “Get Into My Car” was released alongside the EP and features an plethora of product placement from brands like Uber, Fiat, and McDonald’s. The video shows the band’s vocalist, Sydney Sierota as an Uber driver and displays her daily interactions on the job. She has a pregnant woman get into her car who she helps get to the hospital, an elderly woman that needs assistance getting into the vehicle, and nearly every other type of Uber customer you can probably imagine. However, Sydney has one customer come into her car quite a few times, portrayed by her real-life boyfriend, Cameron Quiseng, who she ends up becoming close to in their Uber rides. He even ends up sitting in the front seat! There’s no dialogue in the video, but their body language says it all. The video also shows us that Cameron has two messy video game playing roommates portrayed by none other than, Noah and Graham Sierota. At one point in the video, Cameron buckles down before his date arrives and he forces Noah and Graham to clean up. Then, when Sydney gets there and he invites her inside, she’s reluctant at first, but comes in and they have a “string-light-lit” McDonald’s date. The video ends with the two sharing a long-awaited kiss.

#happyvalentinesday to a guy who makes me feel beautiful with or without makeup on, who takes me to the rodeo (and doesn’t care if I forgot to straighten one piece of hair lol), who lifts me up, who goes to Disneyland with me 100 times a year, who’s a good sport about taking cheesy photos, and who ALWAYS has my back 💛💛💛 @cameronquiseng

The light, pop-y, fun beat, brings back summer nostalgia and makes you crave the long drives with the windows down every time the chorus rolls around. In other words, it’s the perfect follow-up to their 2015 single, “Bright.” The video brings in new stylistic and artistic choices, while still feeling perfectly like Echosmith. Their newest single, “Get Into My Car,” is truly one of the summer pop songs you need in your life this year!

Watch the music video for Get Into My Car below!