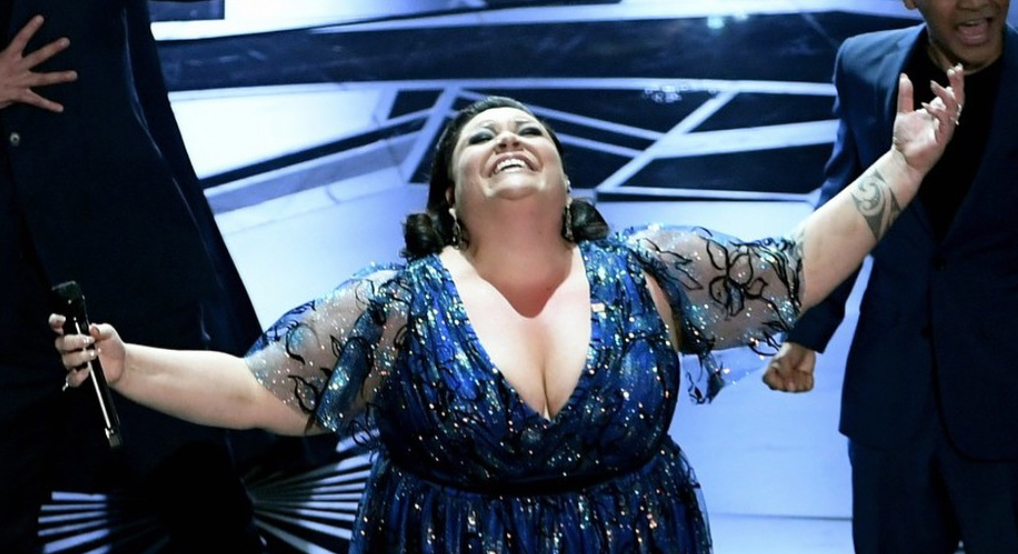 Well, you guys… another Academy Awards Ceremony has come and gone, and while we loved watching some of our favorite films get some well-deserved recognition, you know what we were truly watching for: the music.

At this year’s awards, which were the 90th annual, Mary J. Blige was the first to perform, singing the song she was nominated for called “Mighty River,” from the Mudbound soundtrack. But, just when we thought things couldn’t get more emotional and heartfelt, Andra Day and Common hit us with an incredible duet of the song “Stand Up for Something,” which Common wrote with Diane Warren for the biopic Marshall.

#Aboutlastnight What an amazing blessing!!! #2xOscarNominee I had so much fun with some beautiful people!!! Thank you everyone for your amazing energy!! God is the GREATEST!!! 🙏🏽🙏🏽#Oscars2018 #MUDBOUND 📸 by @robertector

One moment in particular that stood out from their performance (aside from Andra’s incredible voice, of course) were the verses that Common joined in with powerful and politically charged rhymes and raps. He said, “A president that trolls with hate, he don’t control our fate because God is great. When they go low we stay in the heights, I stand for peace, love, and women’s rights.”

One movie that received a lot of praise from the Academy this year was the animated film, Coco, and to perform the nominated song off of the soundtrack called “Remember Me,” Miguel hit the stage with Natalia Lafourcade and actor Gael Garcia Bernal.

Much to everyone’s surprise though, that song actually won in the category of Best Song, which pretty much everyone was convinced would go to The Greatest Showman for the song “This is Me.” Just before the winner of the award was announced, though, Keala Settle from The Greatest Showman took the stage for a powerful and impressive performance of the song that left us all shook. Take a look:

Of course, that wasn’t the only music-related award to get handed out on Sunday evening, and The Shape of Water won for Best Music.

The performances of the evening wrapped up first with Sufjan Stevens singing an acoustic version of “Mystery of Love” from the Call me By Your Name soundtrack alongside St. Vincent, Moses Sumney, and Chris Thile.

Then, to top off all of the performances of the night, Eddy Vedder covered Tom Petty‘s “Room on Top” during the In Memorium segment of the show, which paid tribute to all of the incredible talent we’ve lost in the film industry over the past year.

Clearly, music was a BIG deal at this year’s Oscars ceremony, and people have A LOT of feelings about it, so let us know yours! Do you think The Greatest Showman was snubbed? Let us know in the comments below, or tweet us with your thoughts @soundigest!