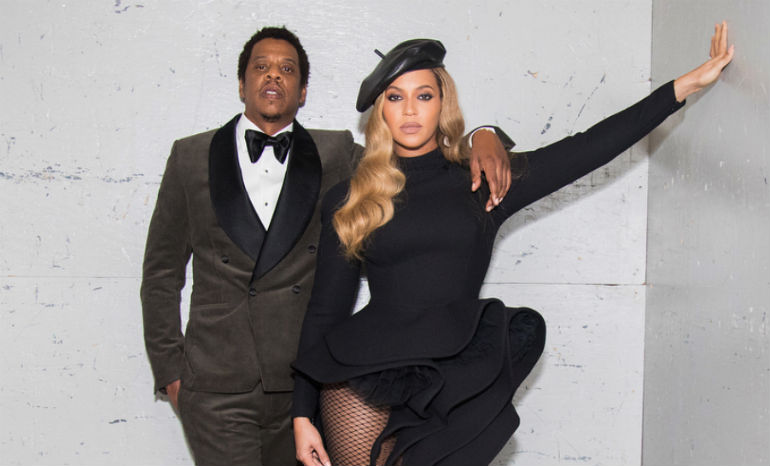 Take a few deep breaths and get those credit cards out because Jay-Z and Beyoncé might be touring with each other… AGAIN. The powerhouse couple is reportedly set to be hitting the road once again. If true, the “On The Run 2 Tour” will be a follow-up to their wildly successful joint tour from the summer of 2014. The news originates from Beyoncé’s Facebook page, which posted an event for a concert with a Ticketmaster link.

The event listing showed a date for July 30th at Philadelphia’s Lincoln Financial Field. The Ticketmaster page then showed that the pre-sale for the concert would begin on March 6th for this date. Both the Facebook and Ticketmaster event listing were deleted quickly. With Bey and Jay always managing to keep things like this a mystery, the news is making us question EVERYTHING, and if you’re anything like us, you need to know if the Knowles-Carter empire will be hitting the road this summer ASAP.

The first On The Run tour featured the duo performing their classic collaborations such as “’03 Bonnie & Clyde” and “Drunk in Love.” The news also came on the heels of the release of their latest collaboration with DJ Khaled. “Top Off” features Jay-Z, Beyoncé, and Future, and marks the second joint track with the couple and Khaled following “Shining.” The pair also had a song together from Jay-Z’s latest Grammy nominated album 4:44. “Family Feud” also comes along with an amazing video that stars the famous family, and yes, that includes Blue Ivy.

To be honest, if this is really happening, a second stadium tour for the couple will be huge. The first On The Run tour boasted a set list of over 40 songs and spawned its own HBO special. Although both Beyoncé and Jay-Z have already done full individual tours for their latest albums, a joint venture would be a huge spectacle just as big or even bigger than the last time. The two performers are known for putting on nothing short of an unforgettable show. With all new music and sets, this tour sequel will be one we cannot miss. Let’s just hope that the leak and rumors are true so we can see Jay and Bey together again!

Let us know your thoughts on the (alleged) On The Run 2 Tour below or tweet us @Soundigest!