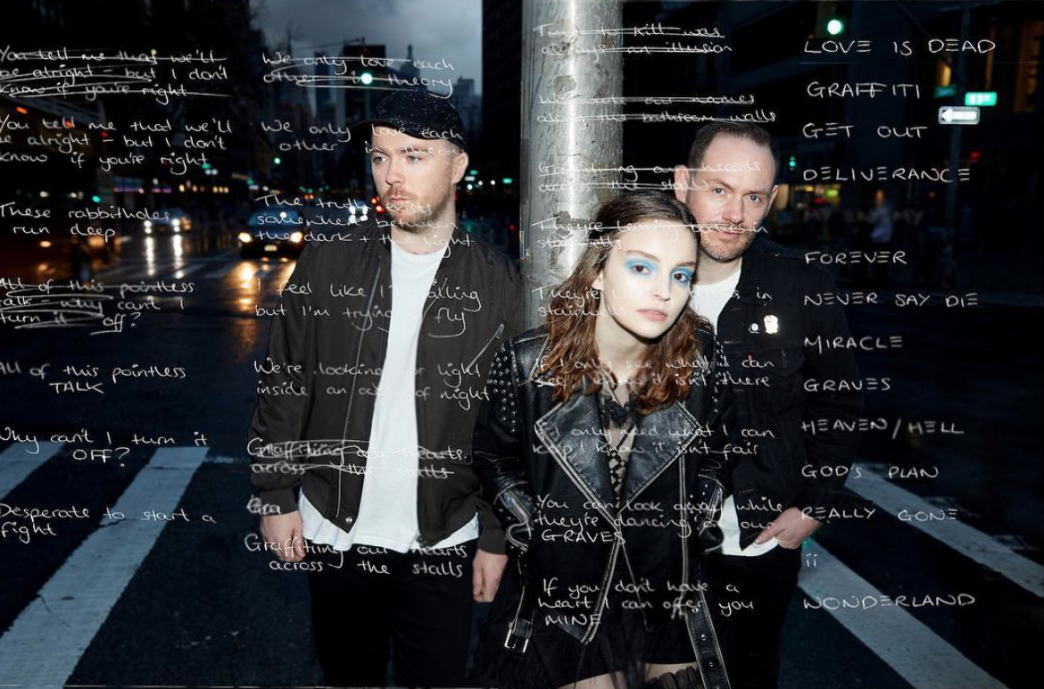 Dark in tone, yet infused with the bright synth layers for which CHVRCHES has become known, “My Enemy” is the latest single released by the synth-pop group from Glasgow, Scotland. Debuted just last week, the track features the vocals of lead singer Lauren Mayberry and frontman of indie rock band The National, Matt Berninger. It will be included as part of their third LP Love is Dead, due to be out on May 25, 2018.

“My Enemy” is about a relationship teetering on the brink of tragedy. Both Mayberry and Berninger take on the perspective of someone receiving only scorn and hostility after giving so much to the other person. As the song gently fades in with distant instrumentals, Berninger’s steady, rumbling voice declares: “I got no more time to hear what you think about me//Because all your words are so cold, so callous, so clean.” In each verse, he indicates his intent to discontinue the relationship, saying he has “no more time” to deal with his partner’s cruel words and blind jealousy. Yet, when we listen to Mayberry in the chorus, we hear an attempt to hold onto hope.

Pre-save our album Love Is Dead on @Spotify and then listen to My Enemy feat. Matt Berninger. RIP Love. Link in bio.

A tension lies between the lyrics in the first and second half of the chorus: the first lines proclaim, “And you could be my enemy//And you could be my judge//If you could start remembering all the time that you used up,” while the second half proposes an alternative, “And you could be my remedy//If you could show me love//If I could stop remembering all the time that you used up.” The intimacy that has developed between the two people can either make or break their relationship, and they find themselves staring down a fork in the path that splits off into “enemy” and “remedy.” Each line in the chorus includes either the phrase “you could” or “I could,” highlighting the desire to salvage the situation despite the resignation in Berninger’s verses.

A series of vocal synthesizers follow the chorus, signaling the instrumental interlude CHVRCHES often includes in their songs. The crescendoing synths build up in anticipation before the percussion drops back in again before the last rendition of the chorus, sung by both Mayberry and Berninger. Their voices meld together, high against low, and the same melody that introduced the track fades away to silence.

2 thoughts on “New CHVRCHES Single, “My Enemy,” is Both Dark and Bright”