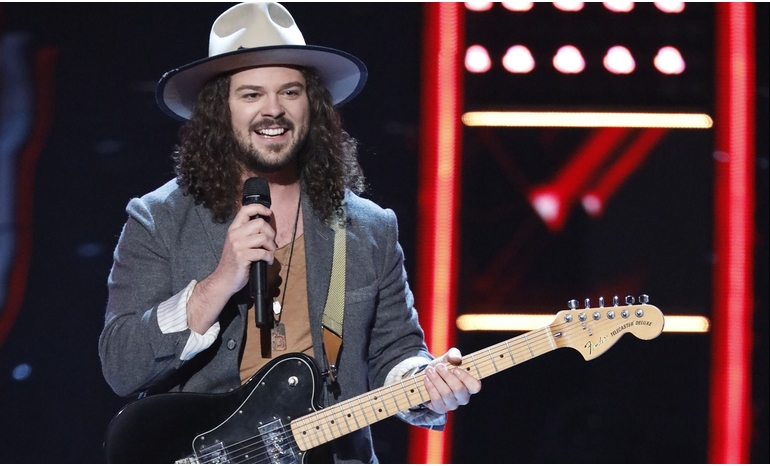 On February 26, reality singing competition show The Voice kicked off Season 14 with the Blind Auditions. This season features coaches Adam Levine and Blake Shelton, who are celebrating their 14th season as coaches, Alicia Keys, who won during her debut on Season 12, and newcomer Kelly Clarkson, who knows a thing or two about winning singing competitions since she was the first EVER winner of American Idol.

Now we are two weeks into the Blind Auditions, and there are already some definite frontrunners. Take a look:

With his rendition of John Mayer‘s “I Don’t Need No Doctor,” Pryor Baird won all four coaches over. Adam Levine even paid him an uncommon compliment stating, “I don’t usually hear someone sing the way you do and play the way you do. That is a rarity,” but that didn’t stop Baird from choosing Blake as his coach.

This singer performed a unique arrangement of Drake‘s “Hotline Bling,” compelling Adam to turn almost instantly and eventually ending in a three-chair turn. Ending up on Team Alicia, Christiana Danielle has a promising future ahead of her on The Voice.

The second singer to audition in Spanish on Monday, Johnny Bliss took on Marc Anthony‘s “Preciosa,” earning him what would have been a four-chair turn if it weren’t for the new Block feature, where each artist gets one opportunity to block another during a blind audition, barring them from getting that artist. Adam brought it upon himself to block Kelly, knowing she’d turn for this artist.

Molly Stevens‘ raspy voice won over the country coaches, Blake and Kelly, with her take on a Patty Griffin tune. After a long battle between the two, Stevens ultimately went with first-time coach Kelly.

It comes as no surprise that Drew Cole chose Adam as his coach after covering a song Adam has successfully done in the past. Plus, you may recognize him from this video…

With his unique rendition of “My Girl,” Terrence Cunningham won over all four coaches, landing him a spot on Team Alicia.

A contestant we all thought would go for Team Adam due to his rock and roll roots, Wilkes surprised everyone when he selected Blake as his coach. His cover of The Wallflowers‘ “One Headlight” shows his potential to make it far in this competition.

Another battle between the country coaches, Spensha Baker‘s country take on The Beatles‘ “Blackbird” caught both Kelly and Blake’s attention. Her slow vibrato and pure passion behind the lyrics landed her a spot on Team Blake.

This contestant showed his immense range with an Elton John classic, “Take Me to the Pilot,” landing him a spot on Team Adam.

While he may have only gotten one chair to turn during his Blind Audition, Brett Hunter has one of the most unique voices on Season 14 so far. We’re excited to see where Blake takes him!

Who are you most excited to see continue on Season 14 of The Voice?