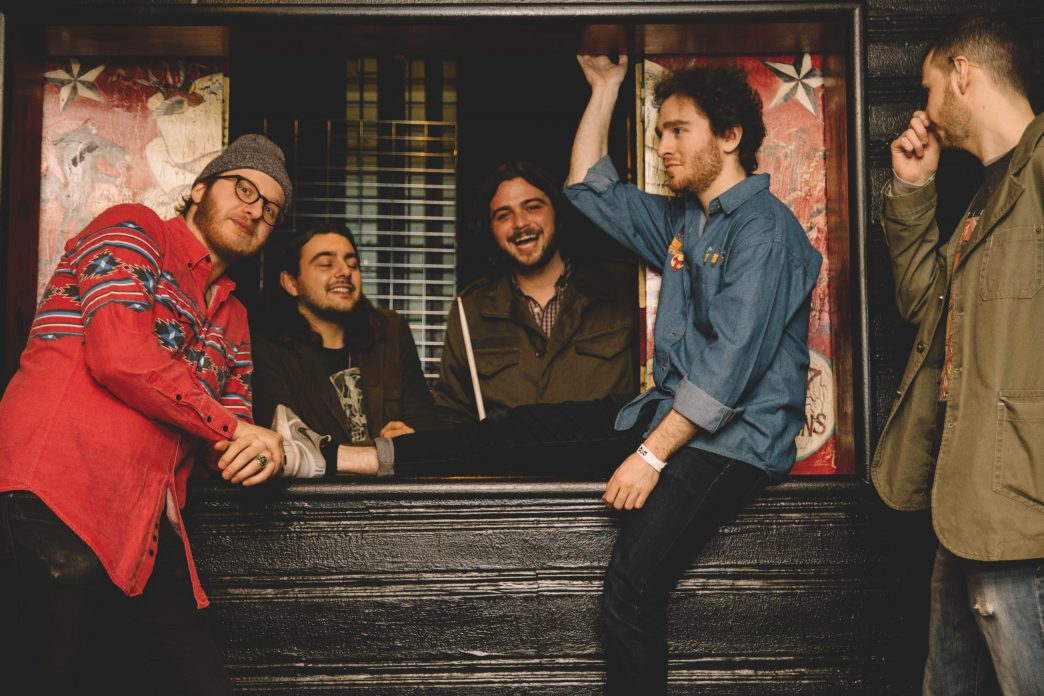 Just last summer, Upright Man released their energetic and melodic self-titled debut and have been making a name for themselves ever since. The rock band consists of Aidan Dolan (guitar/vocals), Nick Katz (bass/vocals) and Max Yassky (drums/percussion/background vocals). We recently had the chance to speak to the band about how they formed, their recording process, and SO much more.

Upon meeting, you were studying classical music composition at New York University. You’ve played numerous amounts of genres together but why did you decide on indie rock?

Max: We did? I thought we were space psych dad crunch.

Aidan: I think rock, more simply, is more free than classical music inherently for the performer. We like that.

Last summer you released your self-titled debut album with the help of producers and engineers that have worked with B.B. King, Ringo Starr and Hall & Oates, just to name a few. How did that come to be? Were you nervous working with such big-time people in the industry?

Max: Yeah, I was nervous about working with the high standard that Marc Zev and Bruce have cultivated over decades.

Aidan: There were moments of nervousness in the beginning of the process when we were finally in a room, on payed studio time, with our mentors staring back at us through a large pane of glass saying “Do it again” many times with the occasional dick joke. By the time we went into the studio to record the other half of the album, we had definitely gotten a hang of the process and were very comfortable when tracking.

Your influences are pretty eclectic – you’ve listed artists such as Pink Floyd, Radiohead, and The Beatles as musical influences. Was it ever difficult to combine all of these artists into your own work or did it flow easily?

Max: Yes and no. It depends on the songs. Often we plow through a tune. Sometimes we can be on different pages or one person is on a page and another is in a Zoopraxiscope.

Nick: It’s fundamental to creativity being able to combine things you like in ways that other people didn’t think of. It’s how you steal without getting caught.

Aidan: Because we pull from so many influences, it was a process for us to narrow down our writing into something with a more specific identity. We recorded many more songs than we put on the record. The songs we ended up choosing represented a decision for us, laying the groundwork of what Upright Man sounds like.

Although the year is new and fresh, do you have anything exciting planned for the band coming up? What can we expect from Upright Man in 2018?

Max: We’re writing all the time and planning a masterful string of jewel heists under the cover of a rock and roll tour.

Nick: And the Declaration of Independence.

Aidan: We are always writing new songs. New music video ideas are brewing and being realized. Expect to hear about a large string of Upright Man shows in the next few months!

Anything else you would like to add for your fans?

Max: I’m trapped in a vat in the garage.

*All photos by Sarah Waxberg*