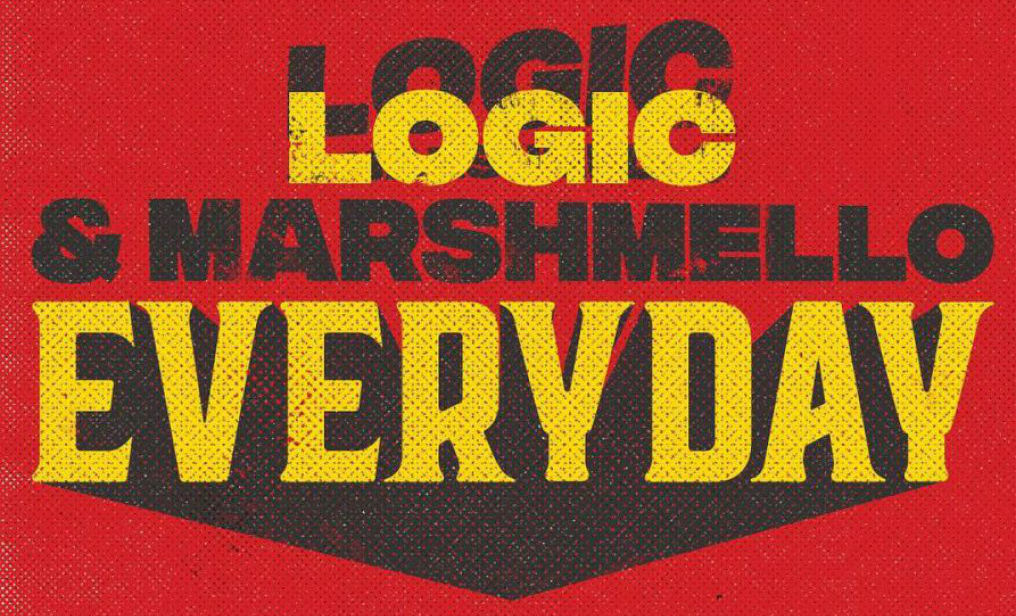 After the release of two singles in one week, Logic keeps the grind going with his third single off his new mixtape Bobby Tarantino 2, which is titled “Everyday.” “Everyday” features a surprising collaboration with Marshmello, keeping this track fresh with both Rap and EDM influences. In fact, Logic steps outside the boundaries of his usual rap talents to try out a more melodic side of his vocals.

Logic tests out this new futuristic sound with the help of Marshmello’s creativity. Logic is predominantly known for spitting major bars, and Marshmello has a reputation of producing wild dance beats. For this collaboration, both artists had to alter their greatest assets in order to come together and make this track flow smoothly. Whether you’re a Logic fan or Mashmello fan, it’s obvious that “Everyday” brings both artists out of their comfort zones to create the perfect cross between Hip Hop and EDM.

As for lyrical content, “Everyday” follows similar themes of his two previous releases of “44 More” and “Overnight.” In “Everyday,” Logic claims his bragging rights for how he earned his fame. He acknowledges that he didn’t just blow up overnight, he’s actually been perfecting his craft for over a decade. Even though he expresses gratitude for his fame and major support from the Ratt Pack, he still feels unsure about being in the limelight. “Roll up to the spot, feelin’ real good//Think you gon’ talk sh*t, you better not, my homies real hood,” he raps. “They say, ‘Logic, why you do that?’ I don’t know, I don’t know//Yeah, they used to be like, ‘Who that?’ I don’t know, I don’t know//Now they know my name wherever I go//Used to think that’s what I wanted, but now, just don’t know.”

A majority of “Everyday” features Logic singing, rather than rapping. Although Logic’s melodic vocals are a bit new to fans, we respect that he stays pushing himself to try new things in order to grow as an artist. In fact, in an interview with Montreality, Logic elaborates on how Drake has inspired him to become such a multifaceted artist. He thanks Drake by explaining that, “Your music has taught me so much, when I thought I needed to be this rapper just rapping all the time. You said, ‘Nah, you can rap, you can spit those bars, AND you can sing, AND you can be yourself.’ I don’t think I’ve ever gotten the chance to say this, if you see this Drake, thank you for paving the way for me to be the best me that I can be.”