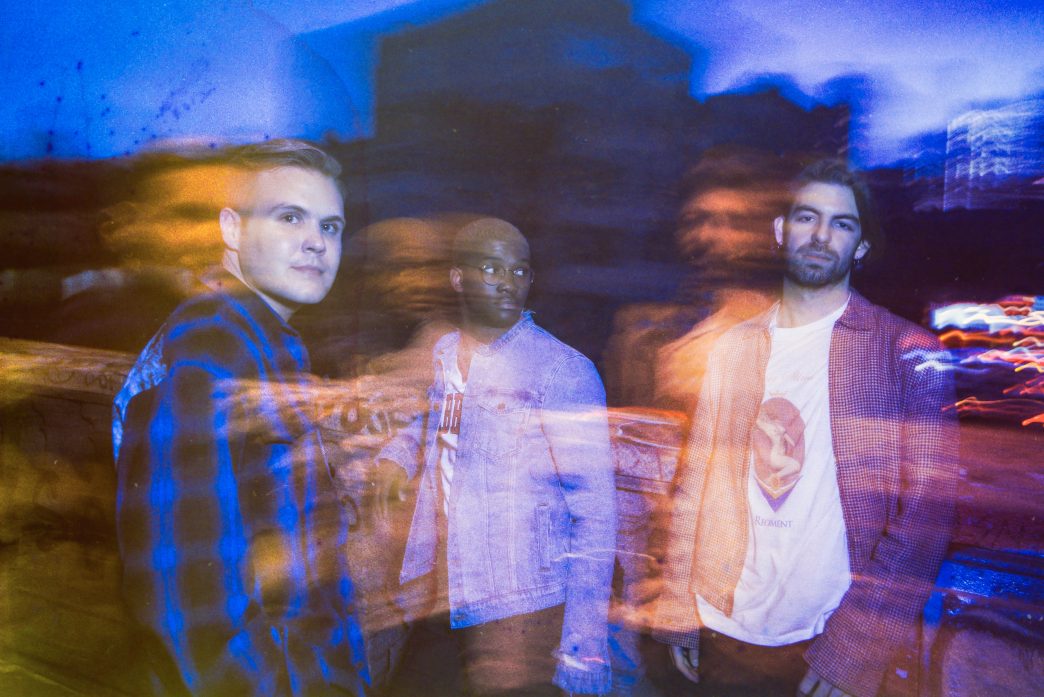 If you saw Chance the Rapper perform on tour last year, then you know the New York-based pop/soul trio, Thirdstory. What you may not know, is that since touring with Tori Kellyon her Unbreakable Tour, then with Chance on his Be Encouraged Tour and garnering six million Spotify streams with their three-song EP Searching in 2016, the guys have taken their music to a whole new level.

Riding the high of their recent successes, Thirdstory releases their debut album Cold Heart today as well as embarking on their headlining tour this month.

Spring Tour is around the corner. Hard to explain how excited we are to get back on the road and play our new songs. Comment if you saw us on tour with @torikelly or @chancetherapper these past couple years ???? Photo by @syra____

What started as Ben Lusher, Elliott Skinner and Richard Saundersreleasing viral covers of Adele, Sam Smith and Taylor Swift songs on YouTube, has snowballed into original pop/soul sounds with a hint of hip hop and folk influences, combined with heart-wrenching lyrics.

Cold Heart offers the perfect mixture of catchy, danceable tunes, like “G Train,” “Searching For A Feeling” and “Heart Hits The Ceiling,” with powerful, aching lyrics, like in “Still In Love,” that you can belt your heart out to. Here, Ben, Elliott and Richard comment on the themes of heartbreak, old flames and devoted love that transcend throughout the album. They also tell the spontaneous stories of how Cold Heart got its name, how rapper Pusha T‘s feature happened, and the different genres that inspire their unique sound.

Listen to Cold Heart while you scroll, and be sure to see Thirdstory on their tour!

What’s an unexpected direction or surprise that happened while recording Cold Heart?

E: I think an unexpected thing is that when we were recording it we weren’t necessarily focused on the whole album being a specific thing, or being called what it’s called now, so it was a cool thing experiencing it coming together. After we had pretty much finished it and had been listening to it for a while—I don’t remember who it was—but someone was just like, ‘This album is called Cold Heart.’ And we were all like, ‘Whoa, that’s perfect, that’s what it’s called!’ So maybe like a year or so ago, we were like, that’s what it’s called. So yeah, kind of surprising how it came together without us from the beginning being like, ‘This is what it’s gonna be about,’ just kind of coming together.

R: I’m actually particularly excited for the Canada shows. We’ve never done headlining shows in either Toronto or Vancouver, and those shows are actually selling really quickly. I remember when we toured with Tori Kelly, our most memorable shows were probably the Toronto and Vancouver shows, honestly.

R: It’s always really encouraging when we go on tour, to see the faces of the people who listen to our music. It always kind of reenergizes us to get back in the studio and make more music for them.

This album has a lot of heartache and vulnerability. What was your songwriting process like and is there a track that stands out to you as the most personal?

B: Honestly, it’s hard for me personally to say which track is the most personal because we really tried to write this entire album coming from a personal place. When we first started off as a band, it took a little bit of time to figure out what we were gonna write and what we were gonna write about, and we found that the songs we could all relate to and write about were about failed relationships and heartbreak. So that ended up being the main topic that we wanted to talk about.

How did the Pusha T feature in “G Train” come about?

B: We were in the studio with Malay, he’s the guy who produced most of our album, and Karen Kwak at Germano Studios in New York. Basically, Pusha T was in the next room with Desiigner, and basically Karen knew him and went over next door to say hi and invited him over to listen to what we were working on. He came through and listened to a couple of our tracks—it was kind of hard to tell what he was thinking. My favorite part of it was that Karen was like telling him, ‘Oh this is Ben signing now, oh this is Richard singing now,’ and he would kind of be watching us as we were listening to our own voices. So we were like, ‘Ok, I think he was into it,’ and then when it came around to releasing “G Train” as a single and adding a feature, he came up in conversation as a long-shot and we were like, ‘Well we got to meet him, and he got hear a little bit of our music and seemed pretty into it, so it’s a worth a try!’ I guess we made a good impression—he was super into the track and agreed to do it. Thanks Karen Kwak!

Although your album has more of a soul-pop feel, it seems to pair really nicely with hip hop influences—touring with Chance, Pusha T’s feature. What other genres are you influenced by?

E: We’re three people with really different tastes and we come together to make music and we want it to sound like that. It’s great hearing from you that you can kind of pick up on different things here and there. Hip hop definitely is an influence, it is a music that is rooted in a very strong culture that goes back decades and decades and into rock and soul and R&B. I think a lot of it is putting in the emotions that we have and wanting it to be genuine. Certain genres we gravitate to because they seem more organic for the emotions in the song. Like, I like folk music and listen to a lot of female singers with a lot of lyrics and acoustic.

R: I would say that this album is a reflection of our 20-something years collectively growing up. Like, when we were kids, it was hard to get away from hip hop. That was just the sound that was on the radio in the ‘90s, and continues to be. So we really wanted to make sure this album, while reflecting our own passions about great melody writing, folk music, folk instrumentation, we also wanted to reflect the times that we grew up in.

Since touring with Chance the Rapper, do you see any collaborations or working with him again in the future?

B: Yeah, definitely. We were featured on a track on his Christmas project with Jeremih a couple moths back and we’ve been working a bunch with the artists and producers that we met in Chicago, like Peter CottonTale. So, I definitely think there’s some collaborating in the future.

What was your favorite part of that tour?

E: I think for me, it was seeing how his whole team worked. It really felt like a group of friends who’d been working together for a while who were on the same page, like business-wise, but also were honest with each other. It never felt like a work environment, even though you knew people were working constantly. It was super important for us to see. Like, Chance is at the top of his game right now, so it was great to see how that all worked. It was really valuable and inspiring.

Along with your album coming out, you’re also celebrating a massive response to your premiere of “Still In Love.” You guys aren’t new to YouTube fame, but how does it feel, now that you’ve transitioned over to original music?

R: I think it was a breath of fresh air to the three of us. Just ‘cause, from the get-go, the three of us all had been writing songs and knew we wanted to focus on original music with this group. We’ve been writing together since we’ve been a group and even before we started putting songs on YouTube. It is a really great feeling people responding so well to songs we put so much of ourselves into. Making music is a really personal thing, so it’s really amazing that the fans have embraced that song so much.

Anything else to add?

R: Come to a show! Basically our recorded music is only one part of what we do. It’s super important to us and we put our hearts into this album and it’s been a long time coming, but at the same time the other side of it is the live show and our ability to present these songs and bring people into our world for a couple hours at a show. So, if anyone likes what they hear on the album, they should come to one of our shows!

One thought on “Album Premiere: Chance the Rapper Collaborators Thirdstory Talk the Heartache and Music That Inspired Cold Heart”