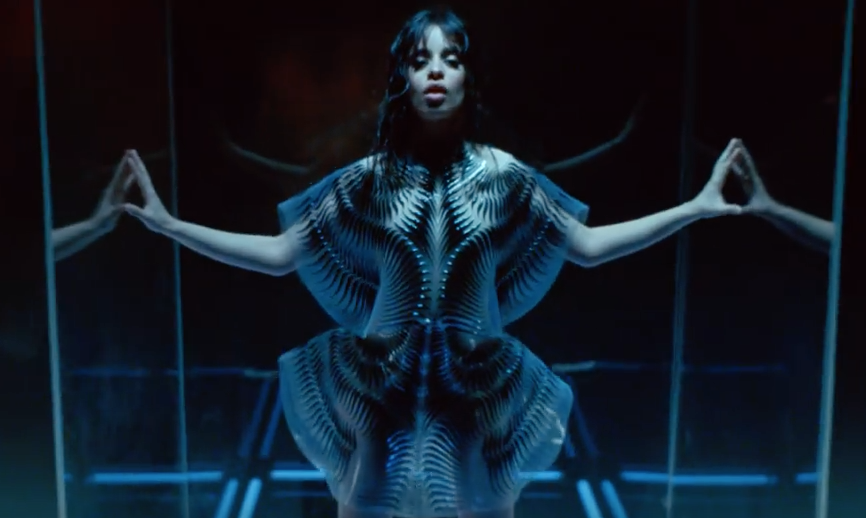 Camila Cabello finally released her video for “Never Be The Same” this week and the pop star once again proves she is here to stay. The video is released following the news that she will be an opener on Taylor Swift’s upcoming Reputation Stadium Tour. Straying away from a storytelling video like “Havana,” Cabello resorted to more compelling visuals this time.

Cabello was teasing the video release with online graphics on her Instagram account. There she announced that Grant Singer directed the video. Singer is behind many videos of top artists such as Lorde, The Weeknd, and Ariana Grande. With the poster announcements as well knowing Singer’s work profile, it was no question that this video would be eye-popping.

Grainy home video style footage is a trend that has recently popped up among the younger generation. It has a nostalgic appearance and is aesthetically pleasing. While it was seen a lot in campy horror movies, it is now a popular filter for photos and videos. Opening with this style we see Cabello hanging out in a hotel eating room service and interacting with someone off-camera.

The video then takes a turn and cuts to clips of Cabello in various situations. We see Cabello singing within a glass box and wearing a beautiful gown in front of a metallic rock. One of the most striking settings is Cabello immersed in a pool of water. Cabello, to put it in simplest terms, is glowing throughout. Although she says that she will never be the same, one thing we know that will stay the same is how amazing she looks.

When the news that Cabello was leaving girl group Fifth Harmony, some were skeptical as to the direction that she would go in as a solo artist. Her first singles were well received and then Cabello came into full commercial success with “Havana” and now “Never Be The Same.” She has certainly aligned herself as not just an ex-girl group member but a full fledged pop star. This video is a spectacle that matches with the song’s great production and lyrics. Cabello’s debut album Camila is one hit pop song after another and we hope to see more videos like this one.

We cannot wait to see Cabello on tour this summer! Let us know your thoughts on the video below or on Twitter @Soundigest!