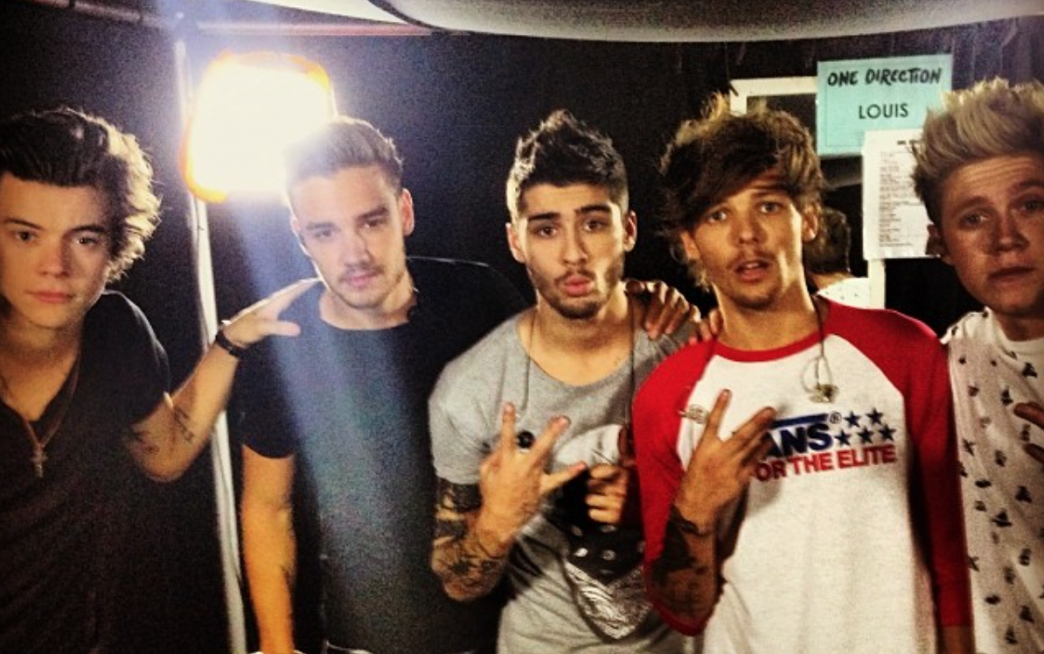 DJ Earworm produced another amazing mashup, and this time he took One Direction fans through most of their hit songs in under four minutes! Most notable for his end of the year mashups, “United State of Pop,” Earworm took Directioners through some of their favorite videos with his newest mix. Grabbing tracks from all five 1D albums, fans can experience all the Nostalgia of their favorite boy band basically at once, making this one of our favorite mashups of all time.

Featuring songs like “Kiss You,” “Night Changes,” “Perfect,” “Midnight Memories,” “Best Song Ever,” and, of course, “What Makes You Beautiful,” we’re sure every directioner has at least one favorite song included in this mix.  Fans were also super thankful for this wonderful track and trip down memory lane!

There is a dj earworm one direction mashup that’s circulating on the internet… ah yes. here we go on the long painful trip back down that rabbit hole… suddenly I’m 16 again and I’m suffering

I don't know which part makes me more excited, #Earworm or #OneDirection?
Anyways, I am crying…. lol 😢😢😆😆😆#GuiltyPleasure #MemoryLane #ThisMadeMyDayFromYesterday

The track is also accompanied by clips of the music videos for the songs used, as well as footage from the boys “One Way or Another” music video for Red Nose Day. Each member also receives their own little montage, including Zayn who left the band in 2015 to pursue a solo career.

Although the boys have been on break for almost 2 years now, they definitely have been pushing out hits during their solo ventures. Harry Styles and Niall Horan are on a worldwide tour while Louis Tomlinson just won Best Solo Breakout Artist at the 2018 iHeartRadio awards. Liam Payne recently put out a radio hit with Rita Ora for the newest Fifty Shades movie, and former member, Zayn Malik has been teasing fans with his second studio album.

This mashup definitely brings on the feels and is making us want a One Direction reunion so much sooner!  This video is a perfect montage of the 1D era and all its glory and shows that the boys aren’t going anywhere anytime soon.

Check out the mashup below and let us know what you think in the comments or tweet us with your thoughts @soundigest !