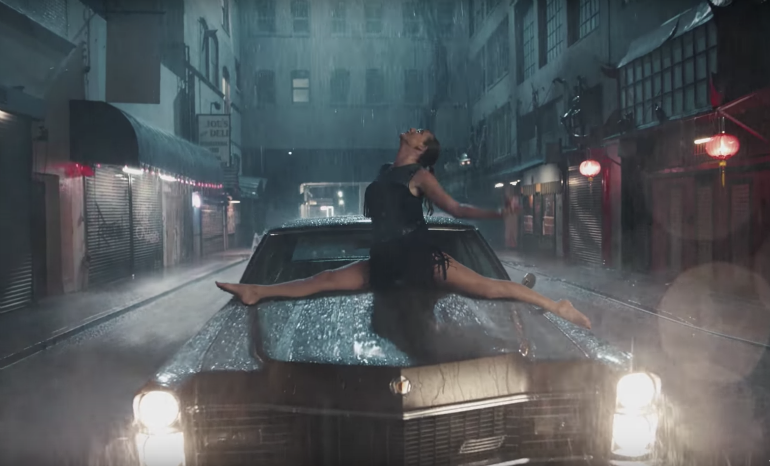 Taylor Swift dropped the music video for her new single from Reputation, “Delicate,” yesterday night during the iHeartRadio Music Awards. I’m biased towards this song because it’s my favorite from Reputation, so I was very excited that she had chosen it to be the next single (there were rumors floating around that “I Did Something Bad” was poised to be the follow-up single to “End Game”).

Your crush is coming, act natural.

“Delicate” is also widely believed to be about Swift’s current boyfriend, Joe Alwyn. Its lyrics tackle their alleged meeting, Swift’s recognition of her bad reputation as a serial dater, and her unraveling feelings for this man that she has to contain because their relationship, at this stage, is “delicate.” Its melody is a slow build coupled with Swift’s speak-singing and the lyrics are arguably some of the strongest and most meaningful on Reputation.

“Delicate” has also been compared to “Wildest Dreams” from 1989 (both were early fan favorites that became singles); therefore, the video had a lot to live up to.  Here’s my take on it.

To sum it up: The video isn’t bad, but it’s not good either. It mainly features Swift in a blue dress dancing around a large building full of security guards and other starlets. For a song with so much meaning, the video feels bland in comparison. The concept is also not groundbreaking; several musicians have similar videos. Off the top of my head, I could think of Demi Lovato‘s “La La Land.”

The video attempts to showcase the person, Taylor, behind the celebrity. In the beginning of the video, Swift looks forlorn, until a group of fangirls surrounds her and takes a selfie. Here, she is seen genuinely smiling, but once they part, Swift again looks serious. It’s clear that she often feels invisible, as noted when she waves her hands in front of a group of women talking, but they take no notice of her. She even snaps her fingers in front of security guards to zero acknowledgment in return. While alone in a back room, she makes funny faces in the mirror to try and cheer herself up. She wants to remind herself of the person she is deep down, below the facade, below the bad reputation that the media has bestowed upon her. Meanwhile, realizing that she isn’t being watched, she dances, surrounded by myriad people walking around her as if she isn’t even there. Eventually, she dances outside in the rain, even doing a memorable split over the hood of a car. Ultimately, the video ends with a close up of her smiling genuinely. The takeaway message for me is that Swift has realized that she can still feel happy, and even more carefree than she used to be with the so-called death of her good reputation.

It’s nice to continue to see this playful, fun side of Taylor. The “Look What You Made Me Do” video was very dramatic, going after each stereotype that the media has placed on Swift over the years. The “…Ready For It?” video had an interesting robotic, futuristic concept, but ended up coming across as very bizarre to me and had next to nothing to do with the song’s lyrics and overall message. “End Game” was a nice surprise after these two serious videos where Swift’s playful, fun side showcased alongside her good friend and previous tourmate, Ed Sheeran, but again, did not have much to do with the song’s lyrics. “Delicate” builds on this playful side of Swift’s personality and chooses to focus less on the overall lyrics of the song and more on the reputation aspect that Swift named the title of her album around.

Overall, I think the video is cute, but it’s not one of Swift’s best. I prefer Swift’s videos that tell a story that matches the lyrics of her songs. I love her music videos that play out the way that I picture them in my head while listening. I would rather see a music video for “Delicate” that actually follows the song’s lyrics. There was a lot riding on this video and it just did not live up to my expectations, other than delivering a few memorable GIFs.

What do you think of the “Delicate” music video? Did it live up to your expectations, or were you disappointed like I was? Tweet us your thoughts on the video @Soundigest or leave us a comment below.