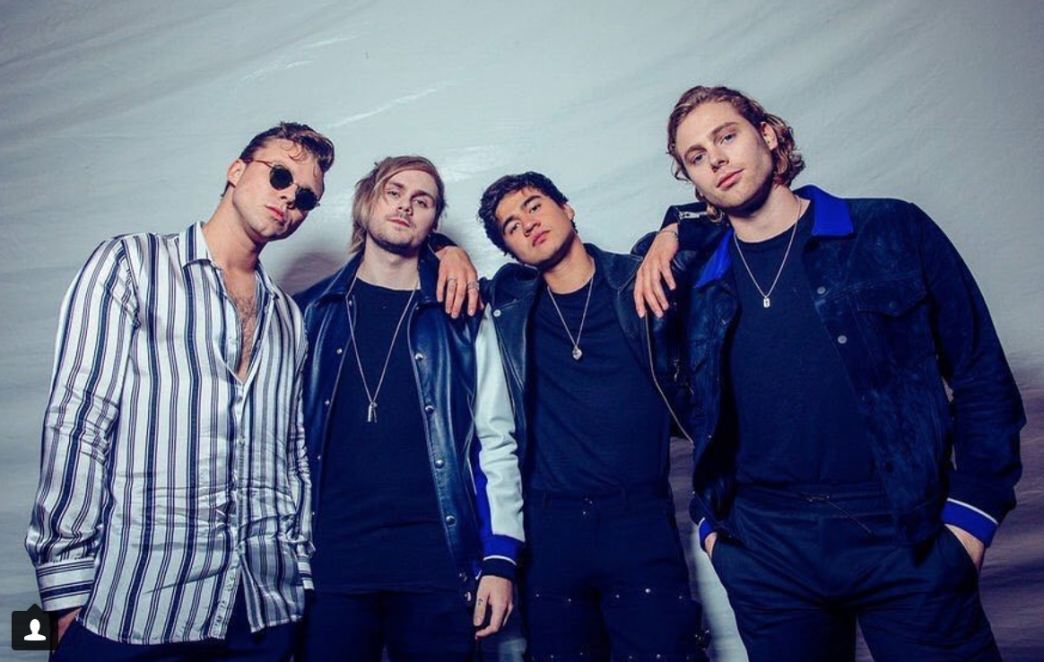 During a recent visit to New York City, the boys of 5 Seconds of Summer showed off a new spin on Zedd and Maren Morris’ “The Middle.” If you listen to any Top 40 radio, then you’re probably familiar with the up-beat dance version of this song. However, the band decided to strip this one down and play a slower, acoustic version of their own.

Lead singer Luke Hemmings starts the song off strong while also playing acoustic guitar. Michael Clifford also plays acoustic guitar while Calum Hood is on bass. Ashton Irwin, who is usually on drums, can be seen with a maraca, which aids the group along with some softer beats. Prior to this performance, the band posted short clips of the cover on their Instagram page.

The group, who has been on a lengthy hiatus, also released a new single “Want You Back.” The boys have been residing in LA for a while and took a break from making music. They thought it would be best to take some time to clear their heads that way they could regroup and make the music that they really have been wanting to make. Although they are still proud of their older music, Ashton described it as “young.” After being on the road for six years straight, the guys just wanted to take some much needed time to themselves.

Upon returning to the studio, the band developed a new, raw, organic sound. Even though it took a bit of time to get where they are now, the guys are very pleased with the direction of their new sound.

After taking a break from the road for almost two years, they also announced that they’re heading back out for a world tour this spring. We hope this means an album is coming in the near future! Check out the dates below to see if 5SOS is coming to a venue near you!