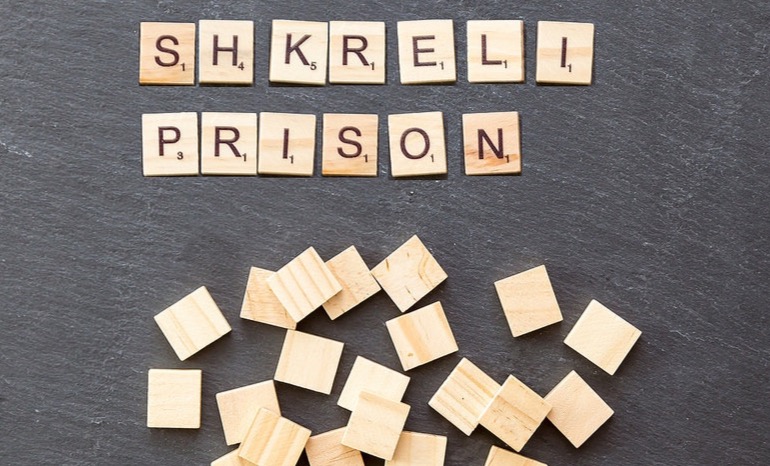 With Martin Shkreli’s recent arrest and the court-ordered seizure of all of his assets, Wu-Tang Clan’s Once Upon a Time in Shaolin is once again making headlines. The story of Martin Shkreli and his one-of-a-kind, $2 million album has been fraught with controversy ever since he first bought it in 2015. Now, three years later, it seems the rest of the world is closer than ever to finally hearing the mysterious project.

How We Got Here

For those who haven’t been following the weirdest, most comically operatic story in music, Once Upon a Time in Shaolin was recorded in 2014 and released with one catch: only a single copy of the album was produced. Furthermore, whoever bought the album couldn’t commercially release the music for 88 years. The producers of the album, RZA and Cilvaringz, meant for the stunt to be a commentary on the devaluation of music; the way that we treat albums unlike other works of art, and instead see them as commodities, the price of which is so low that they can be consumed and quickly forgotten. They hoped the stunt would reframe the way the world thought about music. Surely such a bold, heroic move would attract the attention of a suitably larger-than-life villain.

And Boy, Did We Get One…

Enter: Martin Shkreli. Fresh off of his infamous price hike of an HIV/AIDS medication, America’s least-favorite “Pharma Bro” was seemingly dissatisfied with the amount of contempt he had garnered from the public thus far and was looking to up the ante. Spending $2 million on a highly anticipated and controversial album that he had “no plans to listen to” achieved exactly that.

Since assuming ownership of the album he has teased clips of the album on live-streams and broken promises to release it online for free. He has even gone so far as threatening to damage or destroy it on a number of occasions. He was considered to be the most hated man in America – in 2016 Maxim declared him to have the “Most Punchable Face.” But on August 4, 2017, Martin Shkreli finally got that punch in the face he so rightfully deserved: a jury of his peers found him guilty of securities fraud.

Which brings us to this past weekend, when he was sentenced to seven years in jail and ordered to give up $7.4 million in assets. Included in the list of items to be seized by the government: Once Upon a Time in Shaolin. Hip-hop’s holy grail has finally been reclaimed and the deeply unlikable man who kept it from us has finally been thwarted. But with the villain of our story defeated, fans all over the world are left wondering: What happens next?

Who Would Even Buy It?

It seems unlikely that another collector would come along looking to buy the album – at least not for $2 million. Its value is based on its novelty, on the fact that virtually nobody in the world has heard it. To get the full value of their purchase, the buyer would have to trust that Wu-Tang Clan won’t just turn around and properly release the album now that their contract with Shkreli is no more. Even worse, the buyer would have to trust that Shkreli didn’t make any copies for himself. In either of these scenarios, such a person would have paid an exorbitant amount of money for something that their neighbors could pick up for $9.99.

What’s more, if an interested party wants to buy the album so they can release it themselves, there’s no hope of seeing any kind of return on their investment. RZA and Cilvaringz own 50% of the copyright and – as they would be quick to point out – people don’t pay for music anymore anyway. Maybe companies like Apple or Amazon would purchase it and swallow the loss in exchange for the street cred that comes with being “the only place to hear the most valuable album in history”.

The Future is Uncertain…

Realistically, its complicated history and even more complicated concept will make the album nearly impossible to appraise. The government will sell Shkreli’s Picasso before they sell his Wu-Tang album. But if his debts prove to be too great and Once Upon a Time in Shaolin does in fact find its way back on the market, who knows what’ll happen?

Will Wu-Tang Clan swoop in, reclaim its masterpiece and finally distribute it to the world? Will someone new and even more terrible find the album in their clutches? Maybe it will be lost in the shuffle of bureaucracy, spending the rest of its days locked in some government warehouse like the Ark of the Covenant. Given everything that has happened up until this point, nothing should surprise us.