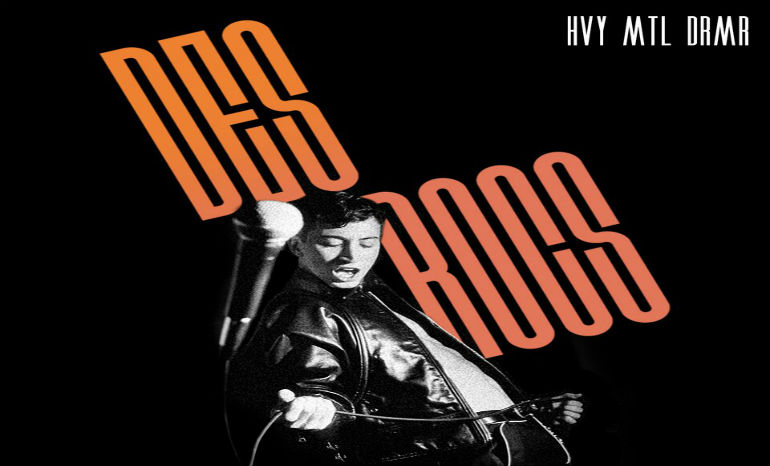 Do you like rock music? The kind that pumps you up? The kind that makes you want to jump, dance, sing, and play it really loudly? Well, look no further than Des Rocs’ debut single “HVY MTL DRMR!”

The New York City native got his start as a part of the pop-rock duo Secret Weapons, an act that is signed to Epic Records where Danny Rocco (Des Rocs) worked as a lawyer. The duo, whose first music was only released in 2015, has played to large audiences at places such as the Troubadour in Los Angeles and Firefly Music Festival in Delaware. Secret Weapons have toured with acts including Fall Out Boy and Weezer. While Rocco enjoyed being in Secret Weapons, he felt that their music was too “pre-packaged.” He decided to go solo as Des Rocs and put more emotion into the music he grew up with: rock ’n’ roll.

Des Rocs began his new musical journey by himself. He only used his laptop, a guitar pedal, and a 1961 Ampex H1390 microphone. He teamed up with Australian DJ-duo Katalyst to produce his music, but made sure that there was no overproduction, trying to stay true to his original compositions.

Upon listening to the first few seconds of “HVY MTL DRMR” (pronounced “Heavy Metal Dreamer”) I immediately thought of Fall Out Boy’s 2013 song “My Songs Know What You Did In The Dark (Light Em Up).” They both have an infectious mix of clapping and chanting. Des Rocs’ voice is melodic yet gritty and adds a sexy element to the song. His voice reminds me a combination of Arctic Monkeys‘ Alex Turner, The Black Keys‘ Dan Auerbach, and Fall Out Boy’s Patrick Stump. “HVY MTL DRMR” is incredibly fun and catchy and can gravitate to audiences of all ages and musical tastes.

“HVY MTL DRMR” is the only music that Des Rocs has released at the moment, but I will be (not so) patiently waiting for whatever he puts out next!