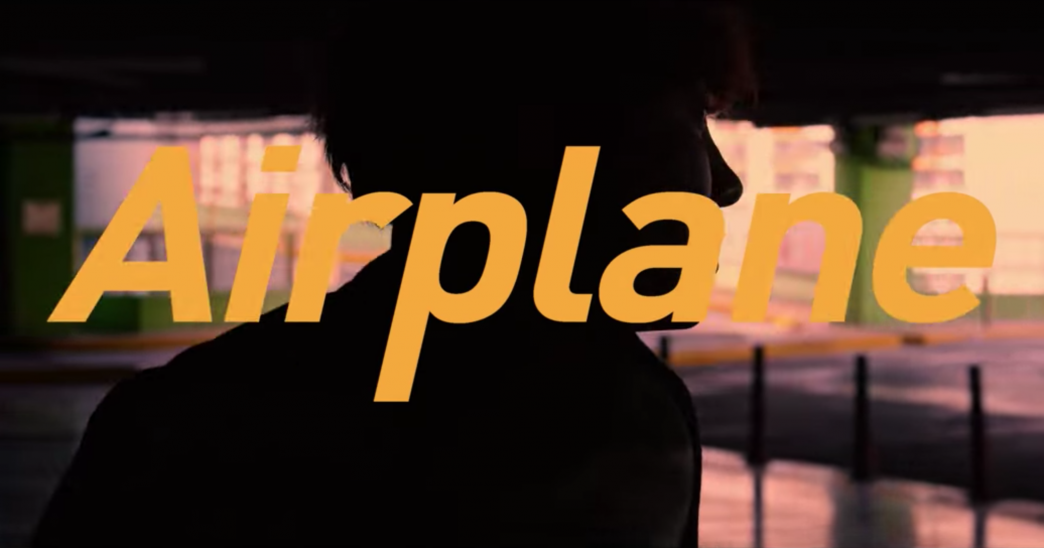 On March 2, 2018, j-hope (Jung Hoseok) of BTS dropped his highly anticipated mixtape, Hope World, and has since become the highest-charting solo act from Korea on the Billboard 200 Chart. A showcase of the K-pop idol’s wide range of talents as a rapper, singer, writer, and producer, Hope World features j-hope on 7 tracks, from the funky title track to the ethereal outro “Blue Side”. To accompany the release of the mixtape, Big Hit Entertainment also released music videos for two of the songs, “Daydream (백일몽)” and “Airplane”. While “Daydream”, in which pop art and surrealism are heavy artistic influences, is a vibrant depiction of j-hope reveling in his reveries, “Airplane” is more grounded in reality in terms of lyrical content and visuals.

The music video fades in with an aerial shot of the city of Seoul, the evening sky glowing in purplish hues. Compared to the colors in “Daydream”, the palette for “Airplane” is much more muted, resulting in a cinematic aesthetic. This artistic choice makes sense considering the story j-hope is telling, which is highlighted by the first verse and repeated throughout the song. The English translation is “I remember me from that time / When the dry ground lit me ablaze / I ran looking at the blue sky / I wanted to fly in that airplane.” A key component of the song is j-hope’s transformation from a kid hoping to one day fly in an airplane to an international musician performing on stages around the world. He expresses his gratitude when he raps in Korean, “It’s still not believable to me / That this Gwangju kid could get wrapped up in flight / From my place in this high, high dream / I’m flying above the beautiful world.”

Throughout the song, the scenes alternate through different settings, with j-hope on a towering parking structure, in the driver’s seat of a coupe, and in front of a floor-to-ceiling screen that wraps around the room (the same set is used in “Daydream”). When he begins to rap about his life as a celebrity, black and white images of him illuminated by camera lights flash by. The bridge of “Airplane” also introduces a new scene: as j-hope sings “구름 위를 매일” (“Every day above the clouds”), he is surrounded by a colorful haze of clouds. This is the only purely abstract scene in “Airplane”, representing j-hope’s bright and clear state of mind as he embraces his newfound home on cloud nine.

The privilege of flying around the world is a nearly universal status symbol and for musicians in their rise to stardom, airplanes act as a compelling metaphor to illustrate their success. We hear allusions to planes in rap songs like Wiz Khalifa’s “This Plane”, Rich Brian’s “Flight”, and even in BTS’s “Cypher Pt. 3”. For j-hope, airplanes also symbolize the sense of independence he has found through his success. He raps in Korean, “Somebody curses me / Their jealousy will make them lonely / I’m not worried, it just makes me laugh”, and then announces in English, “Drink champagne in my airplane.” While the first half of the song is j-hope looking back on how far he has come since his childhood, the second half shows him embracing his lifestyle, proud yet still immensely grateful.

Although the other members of BTS contribute to “Airplane” by providing the gang vocals on the track, the Hope World mixtape marks the first time j-hope is appearing in solo music videos, and he commands the screen fearlessly. The camera shots amplify j-hope’s self-assurance by orbiting around him as he raps with his arms spread wide like wings. Even during the wide shots where he takes up only a small portion of the scene, the viewer’s focus is drawn to his figure. The confidence j-hope exudes is undeniable – having worked so hard to achieve his dreams, he is now flying higher than he ever dreamed possible.