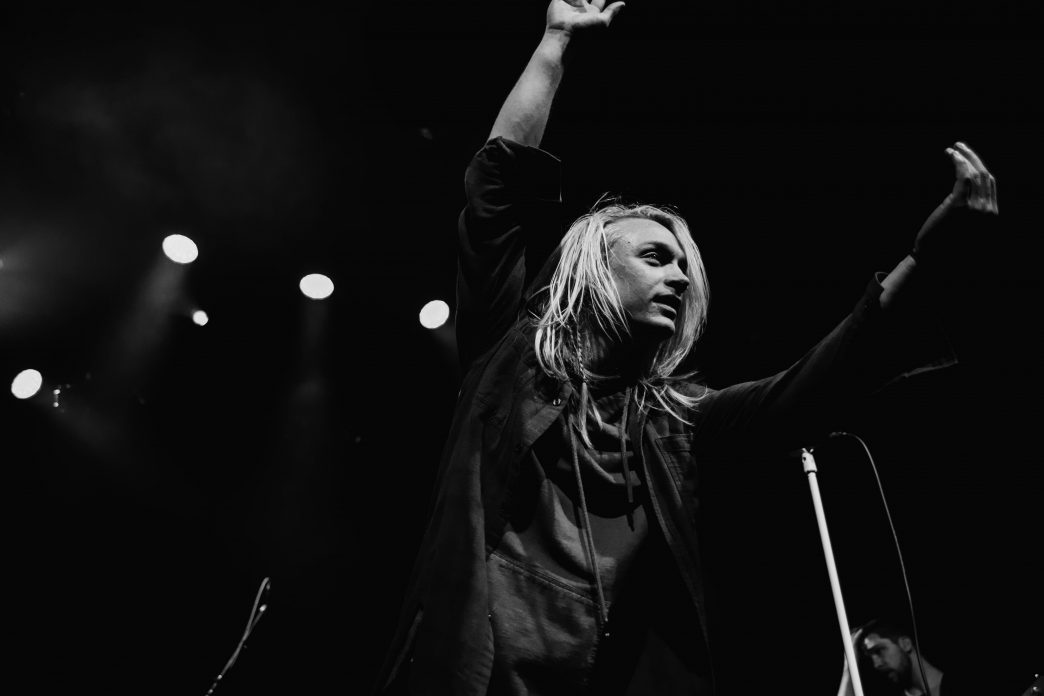 Into post-hardcore? Picturesque will be your new favorite band and there’s a good chance you’re going to see a lot of them this year! The band, hailing from Kentucky, recently just ended The GET FREE Tour with Silverstein, Tonight Alive, and Broadside, and they just hopped onto another tour with Secrets! As The GET FREE Tour was winding down, we got to chat with them and we’ve got all of the deets down below!

So, you guys are currently out on tour with Silverstein, Tonight Alive and Broadside. How’s the tour going for you guys? It must be pretty surreal touring with some of these bands!

Kyle: Yeah! I mean, we grew up listening to Silverstein so of course, we’re on cloud nine right now.

Zach: It’s the biggest tour we’ve ever played, as far as the capacity and everything. These thousand cap rooms selling out, which is ridiculous to us. It’s pretty awesome.

Cool! You guys have a similar vibe to Circa Survive and Sleeping With Sirens. Are they some of your inspirations? Do you have any other inspirations?

Zach: I definitely listened to Circa growing up. I think Sleeping is one of Kyle’s favorite bands.

Kyle: I do like them, yeah. I wouldn’t say they’re an inspiration really, though. I do love the band!

Dylan: As far as inspirations, we listen to a lot of really old post-hardcore, which Circa is, but Oceana, Of Machines and As Cities Burn. Those were big ones for us. And for Zach, Underoath for sure. I think those are the biggest components in writing.

Zach: Kyle just has the voice he has. So I think a lot of the times we get a strong comparison to Sleeping With Sirens. I think at the end of the day, that’s just his god-given voice. So, it’s easy to get thrown in there. But yeah, we definitely didn’t set off on being Sleeping With Sirens 2.0. That wasn’t the approach!

Back to Beautiful, your debut full length, was only released last year and you’ve received such a positive response since then. Are you guys working on any new music now?

Zach: Yup! We’re actually playing a new song tonight that’s not released or anything! We shot a video for it when we were in Anaheim and hopefully, we’re putting that out really soon.

Good response to the new song?

Jordan: We’ve been playing it, and it’s just one of those things where nobody CAN know it. So we’re playing it. I don’t know though, the audience seems to really like it!

Zach: It’s as good as it can be for a song that isn’t released!

Good! Out of all the songs on Back to Beautiful, which ones resonate with you guys the most?

Kyle: For me, it’s probably “Unannounced” and “Honestly.” “Unannounced” I was just basically in tears recording it. It still kind of hurts to play.

Zach: “Without You” for me. The perspective of that song is slightly different, it’s suggestive. A lot of Back To Beautiful is a time and a place in Kyle’s life. “Without You” is more about coping with loss in general. That was one of the last songs we wrote. I guess I had the most connection to that song.

What’s up next for you guys after this tour?

Dylan: Yeah, we set out with Secrets within a week after we finish this. It’s mostly in Canada, there’s a few US dates. So we keep touring for another few weeks.

Zach: Yeah, we announce our summer plans in another few days… we’ll have a summer tour as well! We’re gonna stay on the road for most of 2018.

Alright, cool! Anything else you guys would like to add for the readers?

Kyle: Back to Beautiful is out now. Not in stores – I don’t think they do that anymore! Come to a show! Come say hi! We’re pretty down to earth people.