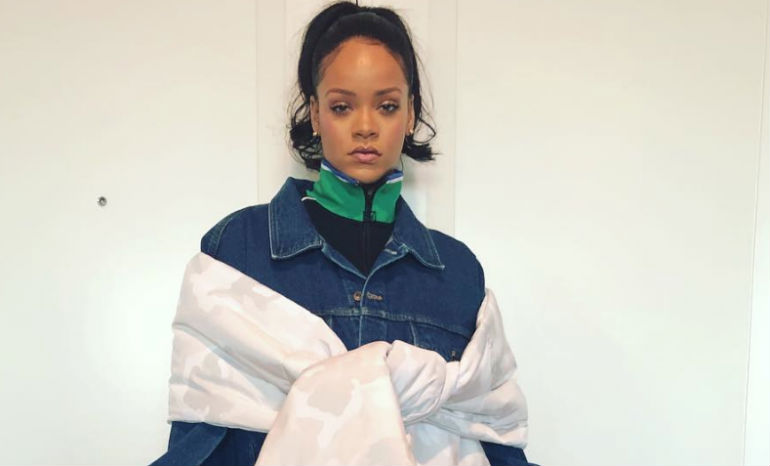 In case you haven’t already heard, last week Rihanna denounced Snapchat after it displayed an advertisement of a third-party game app. The advertisement seemed to support domestic violence and referred to Chris Brown’s assault to Rihanna back in 2009. The ad referenced a “Would You Rather!” game that proposed the question: would you rather “Slap Rihanna” or “Punch Chris Brown?” The advertisement was not only very distasteful, but problematic and wrong in more ways than one.

Rihanna reacted to the ad via her Instagram story. She said, “You [Snapchat] spent money to animate something that would intentionally bring shame to DV victims and made a joke of it!!!”. In a statement obtained by CNN, Snapchat formally apologized stating, “This advertisement is disgusting and never should have appeared on our service.”

Rihanna also said, “This isn’t about my personal feelings, cause I don’t have much of them… but all the women, children, and men that have been victims of DV in the past and especially the ones who haven’t made it out yet…you let us down! Shame on you.” She ended her post by calling her followers to basically not accept Snapchat’s apology and to stop using the mixed media app. Kylie Jenner also tweeted in February asking if her followers even opened Snapchat anymore. Both of these media influencers have impacted Snapchats current struggles.

sooo does anyone else not open Snapchat anymore? Or is it just me… ugh this is so sad.

Snapchat stated, “We are so sorry we made the terrible mistake of allowing it through our review process. We are investigating how that happened so that we can make sure it never happens again”. As Snapchat stock continues to decrease removing billions of dollars from its market value, it’s difficult to say if and how the app will bounce back from this. Snapchat will need to move forward with caution as the company may not be able to survive another scandal like this.

y'all thought kylie killed snapchat, but rihanna dragged it to the grave! RIP september 2011-march 2018 pic.twitter.com/GXGMnWe6Zx