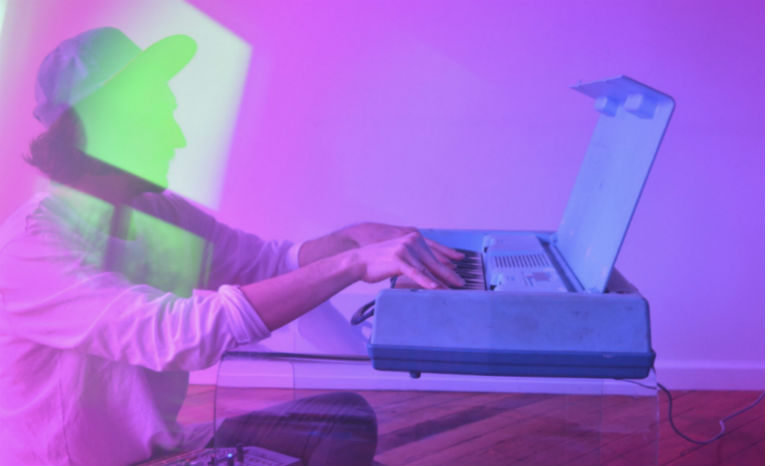 Vacationer, based out of Philadelphia, has been labeled “The eastern seaboard’s foremost relaxation specialists.” Their music is reminiscent of a feeling of utter tranquility, which many of us experience far too little in the hustle of our everyday lives.

Last week Vacationer released the single, “Magnetism.” This is their first appearance in over three years. The track premiered via the University of Pennsylvania’s member supported radio station WXPN and is now available for streaming/purchase on Spotify, Apple Music and Amazon.

Best known for songs such as, “Good as New,” and “Paradise Waiting,” both of Vacationer’s full length albums have been praised for perfectly capturing the sounds and feelings of summer.

“Magnetism” opens with a more straightforward beat than is usually sported in Vacationer songs, but the layered sampling and vocal flow are unmistakably the work of the band’s front-man and creative visionary, Kenny Vasoli. His lyrics in this single are reassuring and supportive to whoever he may be singing to, especially when saying, “And if you tell me you’re hungry// I’ll make you a lunch.”

Vasoli has dedicated nearly his entire life to music. At just fourteen years old he was asked to become the lead singer of pop-punk band, The Starting Line. By the time he was sixteen The Starting Line was signed and touring. In a SXSW interview with Susan Singer, Vasoli shared his insight about the chance of reaching popularity with any project, “Even with talent, the right people involved and the right intentions, it’s still a lottery ticket to have some sort of spark where people start talking about your band. There’s no set formula for how to get that done.”

By following Vacationer on Instagram (@vacationing) you will be treated to weekly featurettes of Vasoli making solo-music with his beat pad, guitars, keyboard and xylophone. The mellow vibes from these snippets will surely add some tranquility to your feed.