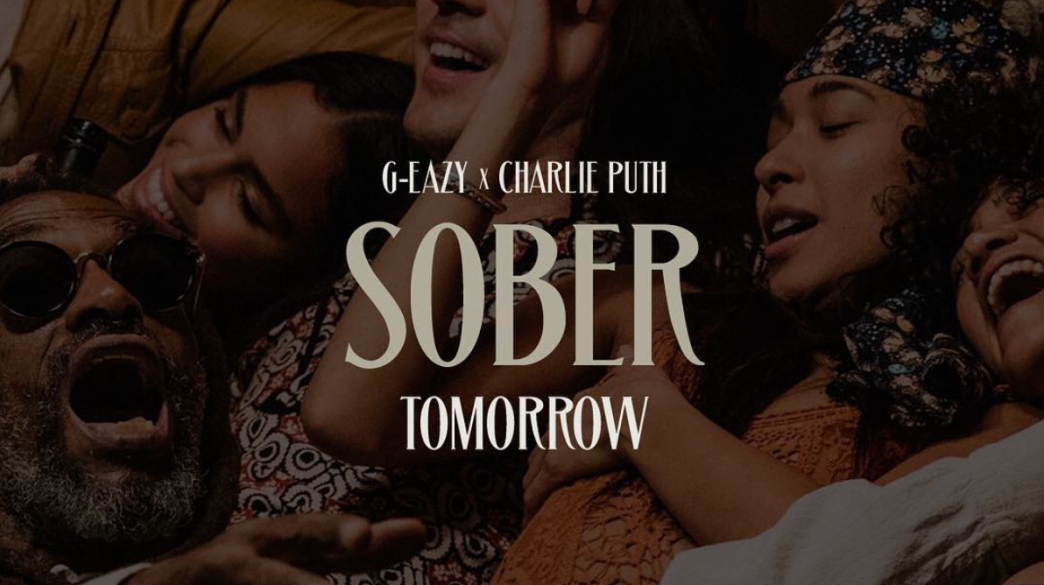 G-Eazy just released his music video for his third single “Sober” ft. Charlie Puth, and takes us back decades with him. Charlie Puth, while not in the video a lot, can still be seen from time to time sitting on a rooftop. The video opens up with a bloody faced G waking up in a pile of trash. He stumbles back into what we can assume was the bar he was in the night before. However, upon going back inside we are brought into a sepia-toned shot. G is walking through the bar filled with flapper dancers getting more drinks while also exclaiming, “I might regret this once the morning comes, but the drunk nights are more fun than sober ones.”

The next scene brings us into a new decade where G can be seen taking off and throwing what appears to be a wedding ring. We see a young ’50s housewife who G ends up seducing, all while still drinking various types of alcohol. He then transitions into the ’60s where his usually slicked back short hair is now let down and long. The acid trip in this scene results in more random hookups and transfers him into a new time period.

Now, we see G portraying a mobster, spending his time hanging out, drinking and gambling in a pool joint. The last era we see him in is at a ’90s themed rave. The cops end up busting into the party and we can see him trying to run away from them. He escapes outside onto a rooftop and we are brought back into the present day, which we saw in the opening scene. There’s a bottle of wine sitting on the edge of the roof, which he grabs to drink from and then jumps off of the ledge, landing unconscious into the pile of trash we found him in in the beginning.

Aside from the news that the video is out, G-Eazy also just finished up his ‘Beautiful and Damned’ tour. Don’t worry if you missed it, though, because he’s going to be hitting the road again this summer with Ty Dolla $ign!