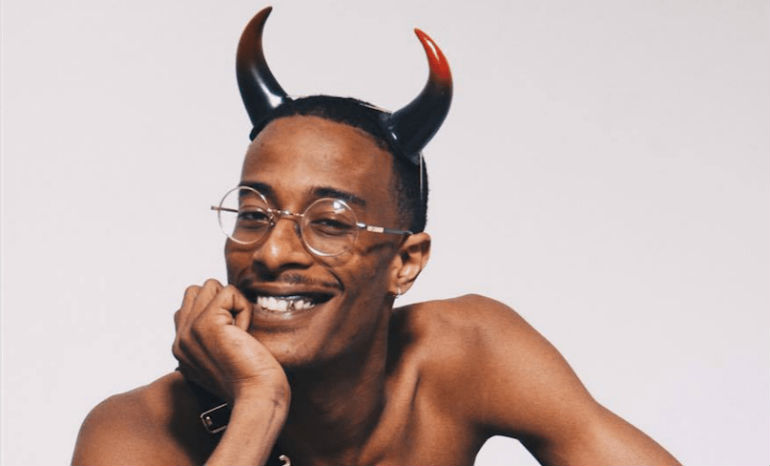 MADWIZ combines the best of classic hip hop sounds while still maintaining an optimistic look that’s open to the future. His Brooklyn, New York roots show through in the authenticity and vibe of his music, while the artistry in his craft knows no borders. He’s got big things planned to step out of his New York home and show the world what his music is made of. Here, he talks West and East Coast influences, touring, and his upcoming project “The New Brooklyn Sound.”

How early did you start rapping and what was the experience or song that made you start?

People always laugh when I tell them this but, I don’t remember when I started. It goes back as far as my memory serves me, but when my pops started putting me on to the origins of hip-hop, back when I was a small child, that’s probably what set it off for me. Maybe the song is “Jam On It” by Newcleus? Maybe it’s “Woo Hah” by Busta [Rhymes], the first song I remember memorizing. But the spectrum of things that it could be, is mad wide.

You have an extremely unique sound that you say is 100% New York, but do you think you have any West Coast or Southern rap influences?

I absolutely do. My sound is heavily influenced by Scarface, Willie D, Geto Boys, DJ Quik, Ice Cube & E-40. Those are some of my favorite guys and they made some albums that I hold very dear to my heart. Sh*t like “The World is Yours” by [Scar]Face and “Safe and Sound” by [DJ] Quik, I’ll be the first to tell you you could hear that all over my sh*t. They were the soundtracks to my life.

What has been your favorite show you’ve ever performed at?

Damn. We had a Christmas show at SOBs that was hype as f*ck. I fell on stage. Opening up for Kendrick in 2013 with Radamiz was fire too, there was a battle, in front of 1,000 people at Republic Live at SXSW. One time at SXSW in like 2015 Goldlink ran up in a show randomly and started turning up while I was on the mic. Summer Jam, [laughing] there’s a whole lotta shows I can look back on and say were my favorites. My real ones didn’t even happen yet.

I think you have a very classic hip hop sound that’s refreshing, what do you think about the direction rap and hip hop are going today, stylistically?

Well, in the last year hip-hop has overtaken rock as the most popular and profitable genre. I think that it’s been that way and the people who report the numbers— they’re just admitting that. Hip-hop is more diverse now than ever, and there’s room for everybody, no matter what style you choose. I don’t think it’s a direction, I’d call what’s happening with hip-hop an expansion. The real remains at the top no matter what happens. I think in this case that it’s Kendrick [Lamar] and TDE. He charts the highest and his hip-hop is what some call the purest. Same time Migos, Quality Control, what some people call the ‘trap guys’ have a huge place in this game as well. I think people need to stop arguing about what’s hip-hop and what’s not. At this point it’s just ‘The Culture’.

What’s one piece of advice or motivation you would give to someone who wants to be where you are?

I don’t even think I’m anywhere right now. But I would say never forget your place in this game. Search your heart for the honest answers. Get mad, but don’t be blinded. STUDY THE GREATS. You have to know you’re the sh*t, before anybody else does.

I have a tape coming out later this year, it’s called “The New Brooklyn Sound,” and it’s gonna be a two part project. There’s gonna be a whole flood of visuals to accompany it too. For the rest of the world who doesn’t know me, I’m planning for it to be the best introduction of all time. Other than that, every piece of content I’m working on now and planning on dropping is big. It gotta be.

Any shows / touring coming up?

I just had a couple earlier this month, but I’m trying to organize a tour soon. Perhaps that’ll jump off this summer.

What’s an album or song you’ve been listening to on repeat?

This is an album I’ve had for a while but I’ve come back to, Guru’s first installment of Jazzmatazz recently. Other than that I’m like everybody else, in awe of that Black Panther album. Freetown Sound by Blood Orange is still getting play from me and another album I’ve had in heavy rotation is Junko Yagami’s Communication, a Japanese joint.

Love y’all, come to a show and smoke one with me, whenever I make it to your town. Don’t forget to keep telling your friends about me. I can’t do a thing without y’all.