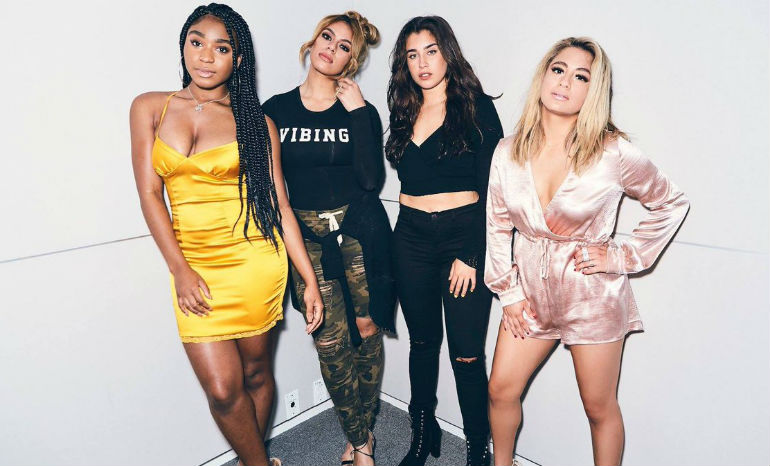 Fifth Harmony, the multi-platinum selling girl group consisting of Lauren Jauregui, Dinah Jane Hansen, Normani Kordei and Ally Brooke announced last week on their social media channels that they would be taking an indefinite hiatus to focus on solo projects.

After former member Camila Cabello quit the group in December 2016 to pursue her own solo career, Fifth Harmony’s future was uncertain. The remaining four members stayed together and released a self-titled album through their label, Epic Records. It spawned a modest hit single, “Down,” but its follow up single, “He Like That,” fizzled. The women also embarked on a South America and an Asian tour, titled The PSA Tour, in support of the album, but surprisingly did not tour the United States.

Fans are understandably devastated that the girl group is splitting up indefinitely. While many are looking forward to hearing what each girl is going to bring to the table individually, it’s tough to say goodbye to a group that brought happiness to a lot of people. Below are just a few fan reactions, including tweets from fellow singer, Sam Smith, and Chelsea Briggs, entertainment host, writer, and producer, who are both longtime Fifth Harmony fans:

We’re about to get some amazing solo music from Fifth Harmony.

My heart is heavy on this Monday morning. It's official, @FifthHarmony have announced they're going on a hiatus. All the memories and laughs… So proud of these girls and can't wait to see where the next chapter takes them. BRB while I ugly cry… 💔

I love fifth harmony so much. I’ve made amazing friends, learnt so much about music and the industry, had so many happy memories. I’m so excited for what’s next for all of them. Thank you @FifthHarmony

The good news for fans is that each woman has already inked new management, a great first step in the process of becoming a solo artist. As first reported by Variety, the management teams are as follows:

Lauren Jauregui has created her own YouTube page, where her current collaboration with Steve Aoki, “All Night,” is featured. Rumors circulated earlier this year that Jauregui had inked herself a new record deal with Columbia Records, but this has not been officially confirmed. Normani Kordei collaborated on a song with fellow artist Khalid for the Love, Simon soundtrack called “Love Lies” which is enjoying modest success. Ally Brooke also released a collaboration with Topic called “Perfect” which fans have been enjoying. Dinah Jane Hansen collaborated on a song called “Boom Boom” with RedOne, Daddy Yankee and French Montana.

These collaborations are only a taste of what these ladies have to offer and we here at Soundigest are excited to see what these ladies will bring to the table with their solo careers. Former member, Camila Cabello, has had a flourishing solo career thus far with hit singles, “Havana” and “Never Be The Same.” Here’s hoping that her former band members can follow in her footsteps!