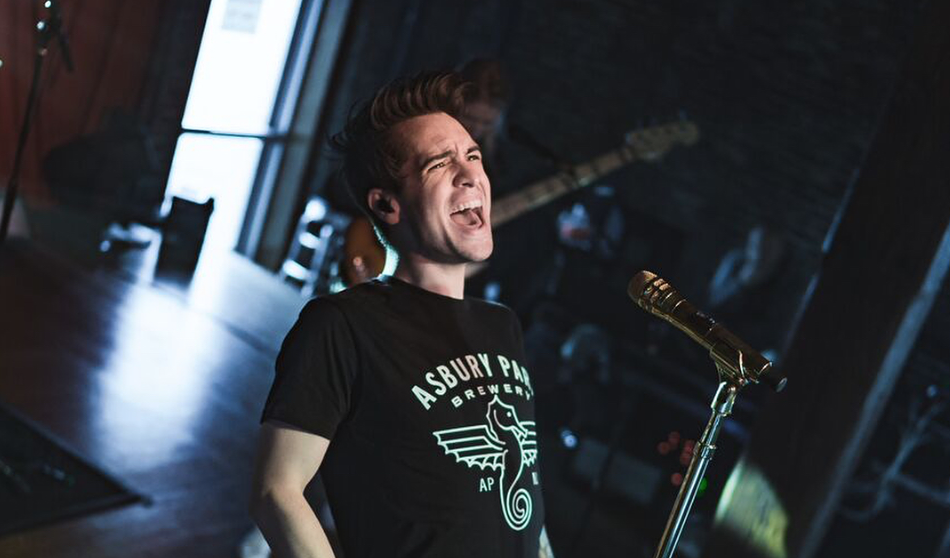 Over the past week or so, Panic! at the Disco has been cryptically posting updates through the band, and frontman, Brendon Urie‘s social media accounts. On March 19th, they played a secret show at Grog’s Shop in Cleveland, Ohio. The band then planned a show in Asbury Park, NJ for March 21st, which was later rescheduled for March 22nd due to inclement weather. They’re now rumored to be doing a promotional tour for their newest album “Pray For The Wicked,” with the next promotional date on March 24th in Nashville, TN. Starting at their show in Cleveland, they premiered their new bassist, Nicole Row.

I had the personal honor of attending Panic! at the Disco’s secret show in Asbury Park, NJ at The Stone Pony. The show was nothing like any of their recent tours, playing small club venues. The band announced the venue for the show at 12pm the day of, and started selling tickets at the door of The Stone Pony around 12:30pm, selling a total of 900 tickets. I personally had number 79 and they lined us up by number at 6:30pm. The show began at 9pm with a mix of both old and new songs. The band played “(F**k A) Silver Lining” for the first time ever live, and “Say Amen (Saturday Night)” for the second time. They also announced the next show in Nashville, TN by having nuns handing out promo cards saying “Pray For The Wicked” with the date of the next show on it.

The band also recently announced their “Pray For The Wicked” album, out June 22nd. On March 21st, they also premiered two new singles, “Say Amen (Saturday Night)” and “(F**k A) Silver Lining.” Alongside the new songs, the band announced a summer arena tour with Hayley Kiyoko and the band Arizona. Fans can sign up for the band’s email list before March 29 or buy a presale package of the album to qualify for presale.

Frontman, Brendon Urie made a statement of thank you’s with the announcement through the band’s Twitter account.

So here’s a few more prayers from me and my friends.
I pray you enjoy it.

Brendon
Panic! At The Disco

The tour starts in early July and ends in early August: