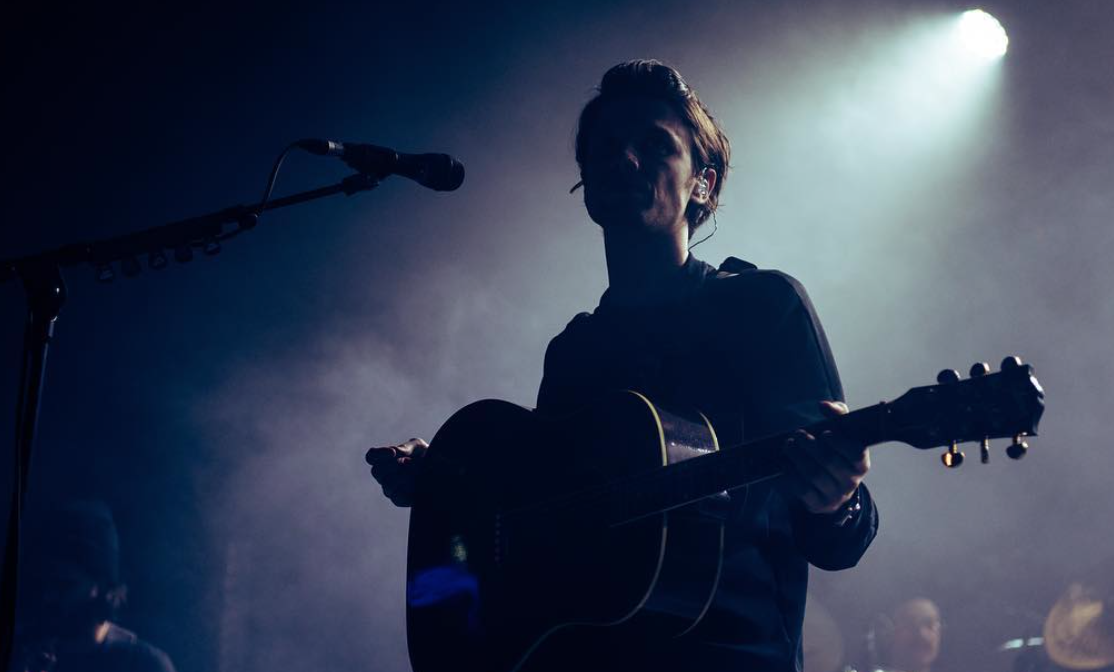 Over the weekend, I had the chance to hit up the 103.4 MyFM Radio album preview show for Electric Light, The upcoming second album for the talented singer-songwriter and guitarist, James Bay. The show was held at the iHeartRadio Theater in Los Angeles, which is a small intimate theater that can hold around 450 people total.

I arrived at around 4:30pm, and, of course, I tried my best to stay calm. Trust me… this may have been my third James Bay show, but it was no less exciting than all of the other times I’d gone to see him. When we were allowed into the venue at 6pm, I was ecstatic because I managed to snag a spot up against the barricade, right in front of the guitarist, Andy Cortes.

Unsurprisingly, James opened the show with a fan favorite from his debut album, Chaos and The Calm, called “If You Ever Want to Be In Love.” Without hesitation, the entire crowd was singing along, which was a fantastic way to start the show. James then went into “Pink Lemonade,” which is the current single and the next video from Electric Light. The song sounds AMAZING live, and it also makes hints at rockabilly with the slight punk edge that it has.

The video for “Pink Lemonade” is scheduled for release on March 25th, and we truly couldn’t be more excited! After he sang it, he continued with a beautiful bluesy redention of “When We Were on Fire,” and gave us some more Electric Light vibes with the debut single, “Wild Love.” The song is absolutely stunning when performed live, with its combination of analog and electric elements.

Since he’s taken a nearly two-year long break, there was a short interview during his set where he spoke about his life and everything that’s changed in it since his last release. For starters, the hat and hair are gone. Valentine also talked new music and took some time out to answer a few fan questions, including mine. Which you can check out HERE:

Speaking of new music, though, James played a ton of new tracks. After the short interview, James continued to play some of his new songs in succession. The first new song he played was called “Us,” and after that he launched into “Slide,” which was so beautiful that it was chilling. He also sang “Just For Tonight.” By the end of all three new songs, tears were flowing throughout the venue. Plus, the addition of the two female backup singers and a female keyboardist works fantastically for his set, and it completely changed the entire live setup for the better.

The audience went absolutely nuts when James and his band went into “Best Fake Smile,” which is obviously another crowd favorite due to its sing-alongability. Unfortunately, it was one of the final songs we performed. Before he left, though, he ended the night with two songs that started it all, “Let It Go” and “Hold Back the River.” If you haven’t seen him perform live before, it’s something we highly suggest. It’s not often that you get to see talent and humility in artists, especially as they get more famous, but with James, it’s a non-issue.

James Bay is currently on tour will be at The Belasco Theater in Los Angeles on March 28th and The Greek Theater on October 7th. Check out James Bay Official for more info!