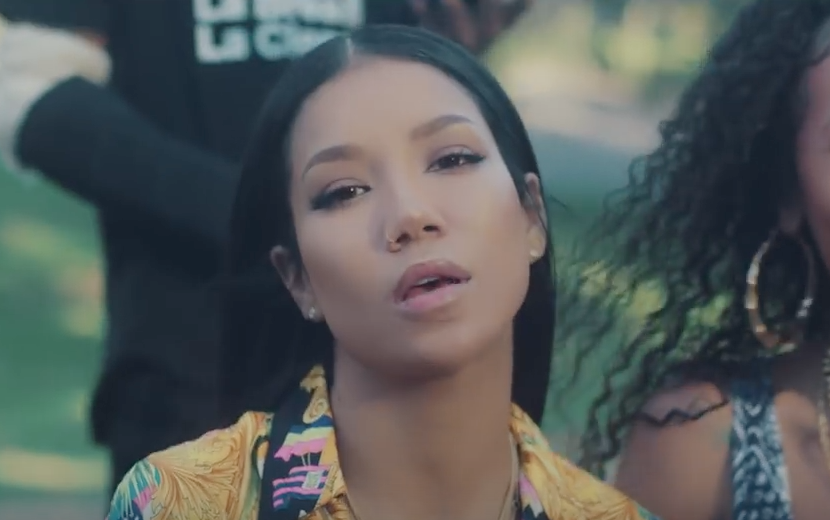 Jhené Aiko just released two brand new videos for her latest single “Never Call me,” and we can’t get enough of ’em! Both videos feature the rapper Kurupt. In one of the videos, there was a lot of bouncing around from professional filming in more of a hand-held recorder sort of way of filming. That same music video begins with Aiko leaving what seems to be her home, and driving over to a hangout session with some of her friends. Overall, the video in its entirety gave us MAJOR retro vibes, which, of course, we were obsessed with. Take a look:

The second video she made for this same song was starkly different from the first. But just because it was different, doesn’t mean it wasn’t intriguing! In this video, Aiko is portraying the Japanese Shinto Goddess of creation and death, Izanami No Mikoto. Throughout the video, we noticed that all of the dancing seemed to be a lot more practiced and choreographed than in the first video. This time around, it was clear that there was a bit more emotion behind it. For example, at the end of the video, we see Aiko’s character, along with others, at a beach for what seems to be a sort of memorial. There, they are all seen crying and throwing the ashes of a man off the side of a cliff that overlooks a beach. It’s a very powerful ending. See it for yourself:

In closing, we have to admit that we loved both music videos, and, of course, we still have the song on repeat. Since the track has a very mellow tone to it, it’s perfect for sitting back and relaxing with friends. We hope you enjoy both music videos just as much as we did, and we also hope you take our recommendation and play it over and over and over again.