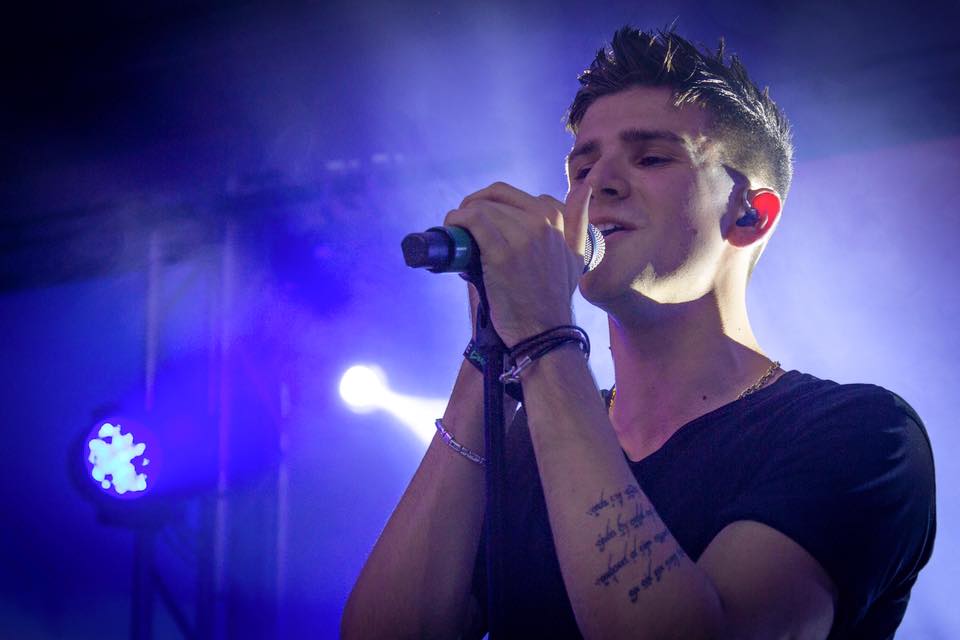 Freshly new to the pop music genre is Matt LeGrand, who just released his new single “All Good.” The song grew to become his most popular one yet in such a short span of time. Being both a musician and philanthropist, it’s safe to say that Matt is building an extremely successful career for himself, and lucky for us, we had the chance to sit down with him and learn more about his success thus far and where he’s headed. Check it out:

What has been the most positive outcome of having a platform to share your voice?

The most positive outcome has simply been witnessing my craft and hard work inspire others! For example, I just worked with a bunch of different youth dance crews this past week. I trained like I was one of them for two hours. I worked like a dancer. Then, when they were done showing me their craft and what they do, I got the opportunity to show them what I do! So, I performed an acoustic set mixed with covers and originals. The whole experience was such a wonderful exchange of creativity and artistry. At one point, they got up to do interpretive dancing to one of my original songs! That was very special. Then, we also did a Q&A. At the end of everything, many of the students came up to me saying how happy they were that I had come. These moments are what I do this for and I hope to have many more.

Saying what’s up from REHEARSALS!! 🎤 I have tons and tons of performances coming this year! NEW SINGLE! NEW VIDEO! COMING VERY VERY SOON! I’m sweating just thinking about it! 💦

What does music mean to you? What effect does it have on you in general?

Music to me is expression and it’s what feelings sound like. It hits every single emotion and it pulls out differences in our personalities. Like, the other day I was driving in my car and “My Heart Will Go On” by Celine Dion came on and I had to pull over and put my car in park just to cry it out. Music to me also means lifestyle. If you’re a true musician, you don’t just do music, you live it and you have the privilege to get to do it. You know that warm fuzzy feeling you get in your chest? The one you never want to go away? That’s the effect music has on me.

How long does it take you to complete the writing process? What about the recording process?

So, the writing process for me can either be the easiest or the hardest thing ever. Sometimes, it takes an hour. Sometimes, it takes three days. Sometimes, three months. The thing that I find important is not to force the creativity. I let the spirit move me. With that said, I think the hardest part about writing is just starting the action. Sitting down and doing it. I’ll usually block out some time in my day dedicated to music creativity. For example, I wrote a song over the summer and it took me a day to basically write the whole thing. There was this last little section that I was stuck on, though. I had no idea how I should end the song. It took me two months to find the inspiration again and figure it out. Now, I know that seems ridiculous, but I just have to let myself be moved by the flow. It is now my favorite song to play. The recording process is probably my favorite. It’s when everything gets put together so I can show the world. If i’m just recording vocals, I’ll usually get it done in a block day, which is about 8 hours.

How did you know that volunteer work is something you wanted to do with a big part of your life?

One day, a family friend of mine said that we were going to do something special with our day today. He wouldn’t tell me a thing. Being a lover of spontaneous things, I went along with it, of course. He brought me to a place called Feed My Starving Children- a nonprofit organization that packs meals for children in need all over the world. We spent the day in their big, energetic warehouse packing meals. At the end of the day, they showed us our statistics. We had fed 70 children for an entire year. My day packing meals gave 70 children an opportunity to have a future. That’s when I knew doing things like this was going to be part of my life. I fell in Love with FMSC and what they do for the world.

Where else do you have an interest in volunteering at/assisting with?

I would love to start my own organization where we give people that might not have much opportunity an opportunity to work and learn about the music industry. Giving them a stage, a platform, and a studio to showcase what they have.

What is your favorite thing about taking part in your community, specifically for the organization, Feed My Starving Children?

I love the ritual of waking up early on Friday mornings and heading out there. I love bringing new people along to try something different. I love seeing the smiles on there face when they see the difference they made that day. I love how positive and dedicated everyone is. It really does have a community spirit and everyone is there to help these kids. And, shoutout to the FMSC staff members… your dedication is making a difference and it’s inspiring!

WOWW!! What a great experience! Glad to know that I fed over 50 children in Haiti for a year with just an hour of my time! I will be back! @fmsc_org

I spent my spring break on a cruise four years ago. All the energy and fun inspired me to write something that complimented that. A whole lot has changed since then.

How does it feel to see your own music being played on platforms such as MTVU, and to receive positive feedback from HuffPost, Kings of A&R, etc.?

Yes, the amount of love I’ve received over the last two years has been incredible. I mean, it really feels like I’m starting to have somewhat of an impact. I really am excited to keep on progressing with my career. It feels really great to get positive feedback and notice from the aforementioned outlets.

Do you have specific places that you’d like to tour?

I’d love to tour in South America and Asia!

I hope to keep on progressing personally and as an artist! My team and I have huge plans for this new year already. We are kicking things off by making an appearance at New York Fashion Week, which will include some interviews and a performance. I am also planning on releasing my EP and going on my first tour. I want to get out and see my lovely fans!