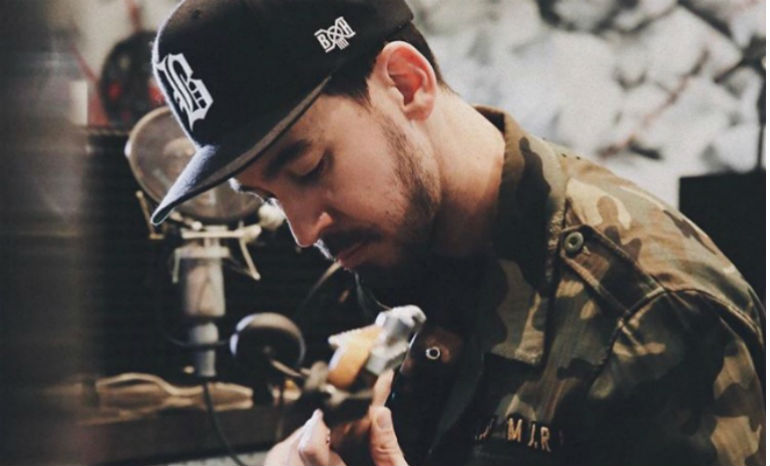 Former dual vocalist of Linkin Park and founder of hip-hop project Fort Minor, Mike Shinoda is continuing to push forward in his solo career in the wake of Chester Bennington’s death. On Thursday, March 29th, Shinoda announced that he would be releasing a full length album called Post Traumatic. Along with this announcement came the release of two new songs. Shinoda called the first song an official single titled, “Crossing A Line.” The second is a b-side, “Nothing Makes Sense Anymore.”

Videos for both of these songs were released simultaneously. “Crossing A Line” features Shinoda meeting up with fans, and showcases tattoos many of them have gotten in memory of Chester. “Nothing Makes Sense Anymore,” shows Shinoda amidst the ash-filled aftermath of recent wildfires in California. Notably, both tracks feature Shinoda exclusively singing, rather than adding in rap-verses.

In January, Shinoda released a three song record entitled Post Traumatic EP. These songs were clear expressions of the grieving process that Shinoda was experiencing, as well as outlets which allowed him to continue making music on his own.

Shinoda has stated that the full length Post Traumatic album will also deal with emotions of grief and loss that he has experienced over the past year. In an interview with Vulture magazine he stated, “In the beginning, I didn’t care what I made as long as I was doing something. Sometimes it would just be for fun, and then eventually I was making some serious stuff about what was going on with me, and those became the first three songs I put out.”

He continued, “Since then, I’ve kept going and realized that, since grief is such a personal thing, this had to be a solo album. I’m basically trying to sum up in the most truthful way the things that are happening in my head as I go. Some days that’s really dark, and some days it’s totally not. Hopefully as I go, the lighter days become more frequent.”

Shinoda has been sporadically announcing shows in cities like Reading, Leeds and Los Angeles since the release of Post Traumatic EP. These shows were in response to pockets of Shinoda fans in those cities campaigning to be included in his solo-tour. Shinoda stated in an Instagram Live video that fans who would like to see him in their city should, “make some noise.”

Post Traumatic is set to be released on June 15th. It is available for pre-order on mikeshinoda.com.