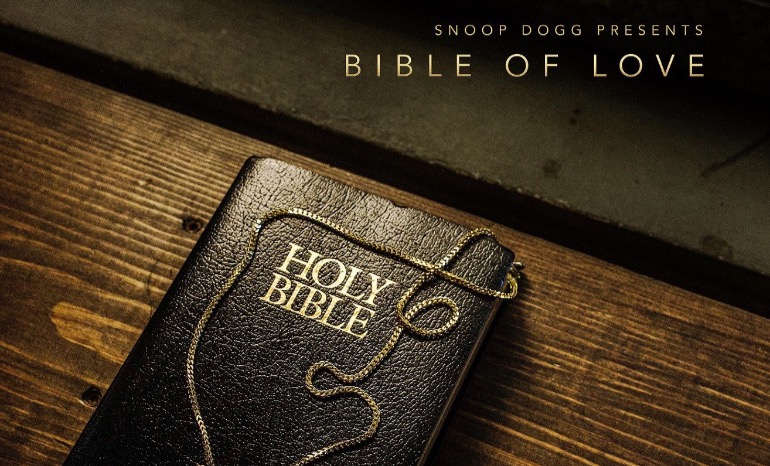 I first heard this baffling combination of words on a road trip with some friends. The drive from Reno to Las Vegas is a truly unpleasant affair, legendary among residents of the two cities for its barren landscapes and its infrequent, uninviting rest stops. Feeling fatigued from boredom and trying to keep our spirits up, I thought I’d lighten the mood with something that was bound to be hilarious.

I thought we would listen to one, maybe two tracks and have a good laugh about it, then return to our regularly scheduled programming of Kendrick and Kanye. The album is 32 tracks long. It has nearly two-and-a-half hours of music. We listened to every song.

Snoop Dogg Presents Bible of Love isn’t a Snoop project per-se, but rather a compilation album curated by the West-Coast icon, featuring artists such as Faith Evans, Kim Burrell, Tye Tribbett, Patti LaBelle and many, many, MANY more. In fact, a majority of the songs seem to have no performance contributions from Snoop at all. However, when he does show up, whether he’s dropping a verse on “Always Got Something to Say,” delivering soul-baring spoken word on “Pain,” or adding subtle melodies on “Words Are Few,” he manages to give the song exactly what it needs.

His performance here is a far cry from his 2013 effort, Reincarnated, a similarly conceived project in which the legendary M.C. dipped his toes into realm of reggae. On that album, he overestimated his ability to transition from rapper to dancehall crooner, leaving many tracks sounding like heartfelt but unconvincing imitations of the genre. Here, he knows exactly what he has to offer each song and delivers it with a level of taste and mastery that many might have thought he lost a long time ago (although these critics would do well to give a listen to his last project, the aptly titled, Neva Left).

What really makes this album a worthwhile listen-through is its production. Each song has its own unique sonic identity. From Tye Tribbett’s frantically joyous and virtuosic “On Time” to the cool, trap-infused groove of “Chizzle” featuring Sly Pyper and Daz Dillinger. No two songs sound the same – not even when they’re performed by the same artist. The first time we’re introduced to The Clarke Sisters on the song “Pure Gold,” they sound like a perfectly preserved relic from the 60’s and 70’s that Snoop had been hiding away in his basement, waiting  for the perfect moment to release it into the world. When they return on “Blessed and Highly Favored,” they’re singing over a groove that would sound right at home on the next Chance the Rapper mixtape. The breadth of genres that this album draws from is remarkable.

That being said, your milage with Bible of Love will vary based on your level of tolerance for Gospel music. If religious lyrics normally turn you off, it’s unlikely that this album will win you over. While the creative and contemporary production is likely to hold the attention of fans of jazz, hip-hop and R&B, many listeners who typically avoid songs about faith will likely tune out before the more than two hour run-time is up.

For fans of the genre, though, Snoop Dog Presents Bible of Love is a must-listen. From the legendary guest artists to the groovy, excellently performed music, Snoop’s first Gospel project – which just topped the Hot Gospel Albums chart – has plenty about it to love.