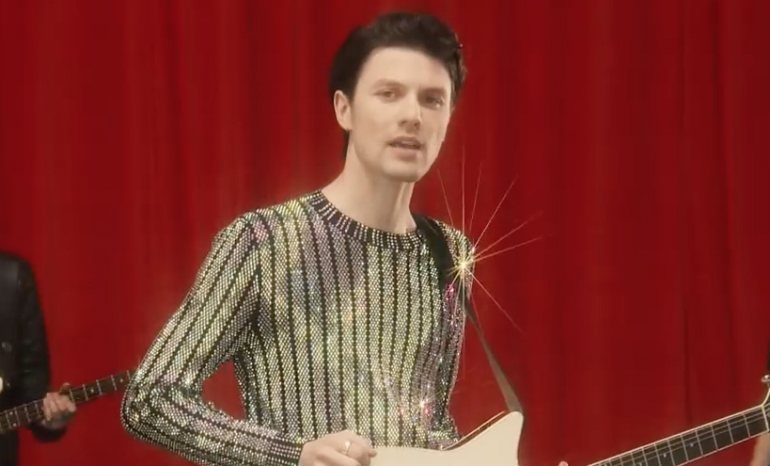 Adulting is HARD and has almost all of us wanting to run back to our childhood. Well, that’s exactly what James Bay does in his new music video for his second single this year “Pink Lemonade.”

James is hardly unnoticeable when the video opens up displaying him in a sequined shirt and guitar in hand, alongside his other band members. They pan out and can then be seen on a retro television screen in a child’s bedroom. The scene keeps switching from this old school home, back to James performing.

We then see that it isn’t a child after all, rather James himself. He starts digging through his childhood belongings and finds an old astronaut outfit. Just as anyone would do, he puts it on and begins to get lost in a more nostalgic time. He can be seen looking at old photographs of his family as well as having flashbacks to them in his home.

He escapes out into his old garage and finds an old, make believe spaceship. He goes inside to escape his childhood troubles even more. Again, we are taken back and fourth between him and his band, as well as his alternate universe. His spaceship “takes off” and we are met with a flash of bright lights. The scene turns back to normal and we’re back inside James’ garage only this time we’re met with the child version of himself and yes he’s back driving his make believe spaceship which now only consists of a cardboard box. The video ends panning out on an old childhood photo of James.

2018 is a year of new beginnings for James Bay (RIP his long locks). Be sure to catch more of James’ music, as well as his first single “Wild Love” on his new LP Electric Light set to release on May 18th.