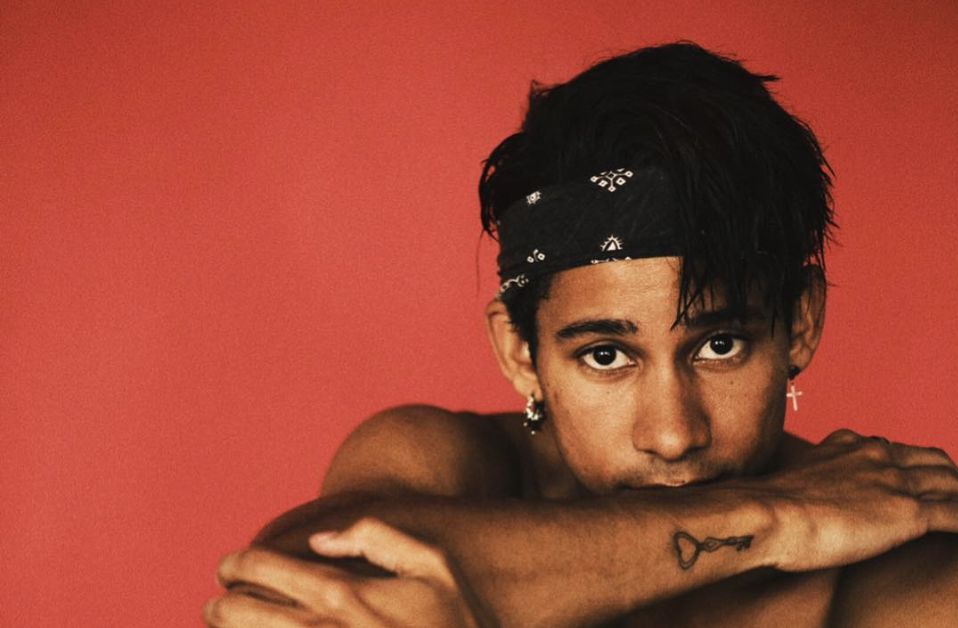 You may know Keiynan Lonsdale from The CW show, The Flash, or the motion picture blockbuster, The Divergent Series: Insurgent, but now you will know his name for a whole new reason! The 26-year-old singer and actor is most recently famous for his role in the film Love, Simon based on the book Simon vs. the Homo Sapiens Agenda, by Becky Albertalli, about a teenage boy struggling to come out.

Last week, Lonsdale released a lyric video to his queer positive song, Kiss The Boy. The video echoes the song’s lyrics about just kissing the one you love by showing varying couples embrace in kisses. It’s mostly shot on camera phones showing the intimacy between the people giving and receiving the kisses. There are a lot of heart-warming moments of love showcased in the video from sweet pecks on the cheek to a prom-posal.

What I think this lyric video does so well is that it shows how everyone experiences these moments of love and whether these intimate moments are between two men, two women, or a man and a woman is ancillary, love is love. I also appreciate the song title, Kiss The Boy, which I hope is in reference to the song, Kiss The Girl from the 1989 Disney Classic, The Little Mermaid. It’s so clever all the while making a statement about inclusion. Kudos, Keiynan!

As for the song itself, it has a GREAT beat and gives me a lot of early Drake vibes with some Pop undertones. It’s a beautiful and catchy song that exquisitely shows the inner thoughts of someone aching to show love to their crush. The verse that stands out most to me is close to the end of the song and it says, “Don’t wanna hide, don’t wanna hide// Most of my life I been terrified// Spending my days always questioning//Am I wrong to love a man//I realized, I realized//Ain’t gotta hide this heart of mine” such a sobering verse that speaks volumes to how kids feel everyday questioning themselves. The song is amazing and so is the music video! You can check out the video below and comment or Tweet us your thoughts @Soundigest!