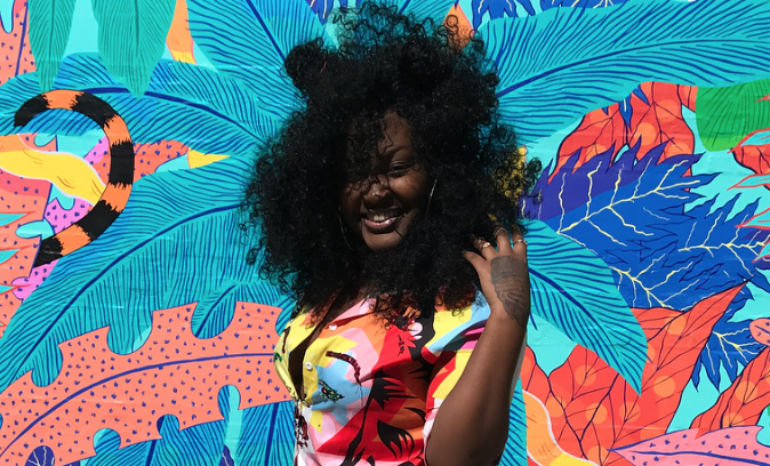 On March 25th, the loud, outspoken LGBTQ+ advocate and rapper CupcakKe released the music video for her latest track “Crayons,” off of her third album, Euphorize. The track was produced by Def Starz. As usual, CupcakKe did not disappoint this time around, using bold colors and making even bolder statements. Since the video’s release, it has garnered around 130K views and plenty of support from her fans.

The video opens with a gay couple holding hands in public. Then, the two men are inaudibly being harassed by another man smoking a cigarette as they pass by. The couple is showing very minimal PDA, and the scene highlights the real issues that LGBTQ+ individuals face in public on a daily basis.

CupcakKe leads the way with an entourage of other LGBTQ+ people in the streets as they gather around the couple and the harasser until he leaves the two men alone. Eventually, even the harasser joins in on the fun and the rainbow-themed street party. As if there already wasn’t a ton of pride in the video, CupcakKe slays in a bright rainbow outfit along with a rainbow fur coat and strobe lights. What an icon!

It gets better, though! On March 31st, CupcaKe teased on her Twitter account that she has something new in the works for her fans because she released the video a little later than she had originally hoped to.