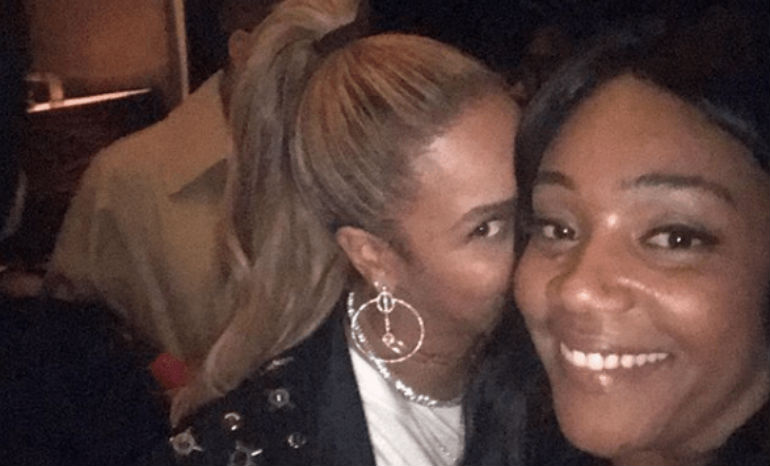 Alright, you guys… let’s get down to business. By now, we’re all pretty much aware of the fact that Beyoncé was bitten by a fellow celebrity in the face… but who did it?! After days of not knowing, Page Six claimed the biter was actress Sanaa Lathan, but still, how can we be so sure?

When it comes down to it, here’s what we know for sure: Tiffany Haddish confessed that she witnessed an actress bite Beyoncé on the face, resulting in a world-wide hunt for the alleged biter. Many different accusations have been thrown out there about who did it, and while some theories have been convincing, we’re still not entirely confident that that case is closed.

Apparently, Haddish was at an after party for one of Jay-Z‘s concerts when she witnessed the whole thing go down. Obviously, she wasn’t happy that someone bit Bey, and, overall, she was very shocked that it happened. Tiffany wouldn’t come clean about who the actress was (probably because she knew the Beyhive would come for her), but here’s who we know definitely did NOT bite Queen Bey. Take a look:

A spokesperson for Amy said, “Hahaha, NO. So funny that you would ask if Amy Adams did this.” So, there ya have it folks! Amy Adams is NOT the culprit.

J. Law is known to be pretty crazy, especially at star-studded events, but when one of her representatives was asked if she could be ruled out as a suspect they replied “Yes, remove her please.” So, we guess she’s off the list, too?

Lena Dunham took to twitter after some of the accusations claimed that she was, in fact, the biter. It was there that she dispelled any and all rumors that she was the biter. So, if Lena wasn’t the biter, who was?

As the patron saint of “She would do that…”

Luckily, Sara Foster thought accusations made against her were actually quite funny, saying that she doesn’t even know how she would be able to get that close to Beyoncé! TBH, same. So we guess it’s definitely not her, either! Hmm…

Although some thought that the biter was none other than Billy on the Street‘s Billy Eichner, he shut down the rumors with a funny joke via Twitter, admitting that no, he did not bite Beyoncé, but that he may have crossed a line with another famous celeb…

I'm not the one who bit Beyoncé but I once tickled Woody Harrelson.

So, while we can definitely rule those five celebrities out, the speculation is still in the air about who would bite Beyoncé. Could it have been Sanaa Lathan even though she’s already denied being the culprit? Well, we’re not so sure, but something tells us that with time and some more digging, the world will soon find out who bit Queen Bey, and there’ll be hell to pay. We know you’re out there!