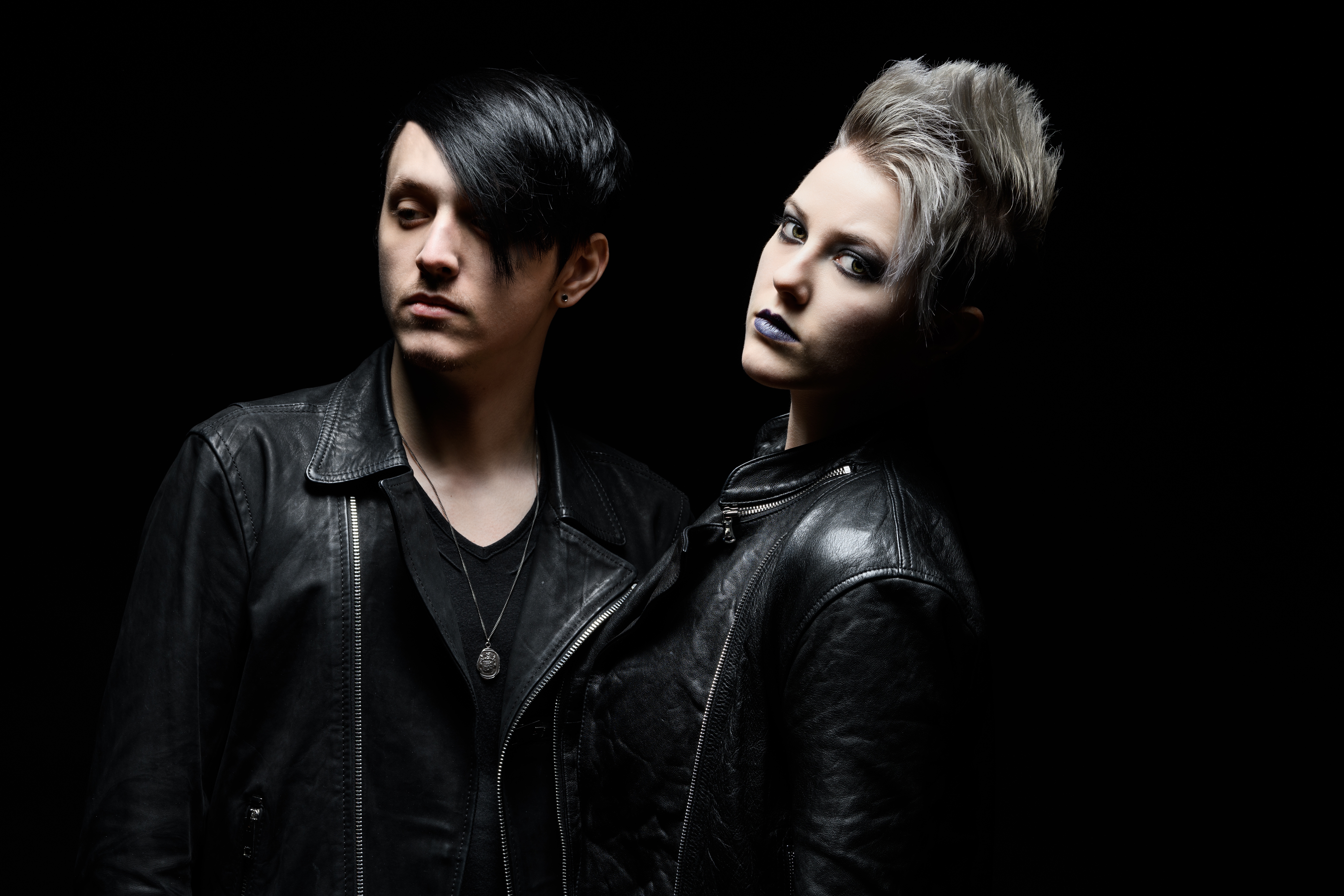 Frontwoman Larissa Vale and guitarist Kyle Hawken make up the rock duo, Black Satellite. The pair released their debut album, Endless, last year, and recently released the music video for their song “Valkyrie.” Besides being named one of Alternative Press’ “12 Bands You Need To Know” and getting an exceptional response from Endless, the two have big plans and big releases coming up this year. Here, Black Satellite talks inspiration behind “Valkyrie” and its music video, upcoming releases and tour info, and what they learned from their debut album.

Tell me about the inspiration behind the song “Valkyrie?”

L: Valkyrie was like my way to internalize the fear of death that I think everybody has at some point in their life and to kind of take control of it by adopting the identify of the Valkyrie, which is a female spirit that chooses which warrior to take back to Valhalla. It was having that power, that personality, that kind of erased my fear.

What was your favorite part of filming the music video for “Valkyrie?”

L: I think the location itself was so interesting to us because it was essentially in an abandoned residential neighborhood built in like 1912. They tried to blow it up with dynamite over the years and they couldn’t because all the buildings are made out of concrete. There’s so much history behind it, and just the sense of decay kind of played into the piece as well. You know, like the footprint of whoever used to live there, and what’s left behind.

If you had to pick one, which track from your debut album, Endless, is your favorite?

K: “Endless.” It just kind of happened. We wrote the whole song in like 15 minutes and it was right in the middle of writing the whole record, so there was this energy loaded into that one. We were all pretty much on fire when that one came out.

L: It was like a centrifuge of the whole record. Just, like, a central coming together moment.

Looking back on the recording and production of Endless, was there anything that stood out during that process and anything you would change for your next project?

L: There’s nothing that I would change, but I think different isn’t always a bad thing and I think whenever you do make another record it should be different. It should show a sense of growth and maturation. So yeah, of course we’ll do things differently, but not for a negative reason. Just because that’s kind of our trajectory as artists. That was kind of our first act—it was like a period of exploration. And now we’re going to continue on with our second act and explore new ideas there.

What’s something you’ve got coming up this year that you’re really excited about?

L: So there’s actually a lot of things this year that we’re excited about. We’re going to be releasing two new songs, which have yet to be announced, but that’s coming up in the short future. Each with their own music videos!

How have your vocal inspirations, like Marilyn Manson, influenced you?

L: All of my vocal inspirations are male. I think that it’s kind of a different approach because you can’t come from a place of imitation. A lot of people, when they’re learning how to sing or sound, they come from a place of imitation, and for me that wasn’t really physiologically possible, and with emotions and phrasing, in that sense. So, for me, it was completely explorative and I feel like I’m able to find my own thing.

Any touring coming up?

L: We’re looking at touring options, but it’s all about getting on the right tour that’s right for us—we can’t make announcements yet!

K: There’s been a lot of things in the works.

I saw recently that you guys took over Hot Topic’s Snapchat, how did that come about?

L: That was a lot of fun. We encouraged people to send us messages and they really did! Like hundreds and hundreds of messages, and we stayed up till 2 a.m. getting back to every single little message. We didn’t copy and paste anything—to all of those messages [laughing].

L: The fans that we have, they’ve been loyal for a really long time, and I feel like everything is now gonna be able to pay off for them. We’re gonna be doing very cool things soon!

K: And even though the music is a little bit heavier, we’re friendly [laughing]. We love doing what we’re doing, but the best part is who we’re doing it for.