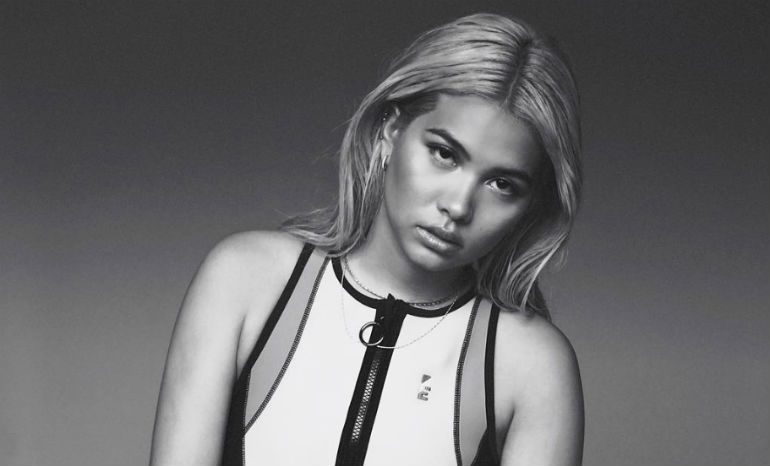 From her early days at Disney to her short-lived moments in the girl group The Stunners, 27-year-old pop star Hayley Kiyoko has released her debut about Expectations. Her loyal fans have dubbed her “Lesbian Jesus” and she’s rebranded 2018 as #20gayteen. Kiyoko is openly gay and has never been shy about expressing queer themes in her music.

Hayley’s openness and personal storytelling in her music has earned her support from the likes of Camila Cabello and Taylor Swift.

You may have heard of Hayley when her music video for her single “Girls Like Girls” went viral. Hayley wasn’t even in the video that depicted a love story between two young girls. But did her new album live up to Expectations?

What’s your favorite song so far? I need to know. 🤸🏼‍♀️💿 #expectations

It’s clear that Hayley wanted to document her journey as an openly queer woman with this album. She opens with “Expectations (Overture),” which paints a very dreamy atmosphere for the album and even includes an interlude “xx.”

“What I Need” featuring Kehlani (who is openly bisexual) is an early fan favorite. The song is reminiscent of Halsey and Lauren Jauregui’s bisexual anthem “Strangers,” which failed to make an impact on the pop charts.

“What I Need” is both catchy and enjoyable, but also delivers one of the most important lyrics on the album. “I only want a girl who ain’t afraid to love me//Not a metaphor but we really could be”

Her early singles “Feelings” and “Sleepover” depict the beginning stages of a relationship. In Sleepover she sings, “You wanna be friends forever?//I can think of something better.”

“Sleepover” transitions into “Mercy/Gatekeeper,” as she seemingly combines two songs into one. In “Mercy,” she continues her dreamy disposition as she pleads “give me mercy//because I keep hurting.” The song then speeds up as her voice becomes indistinguishable and slightly robotic as she declares herself as the gatekeeper before refraining back to “Mercy.” She follows the same formula with “Under the Blue/Take Me In.”

Her latest single and video “Curious” is making waves throughout the internet. Kiyoko raps “Did you take him to the pier in Santa Monica?//Forget to bring your jacket//Wrap up in him ’cause you wanted to?” as she taunts her crush. With the perfect final jab in the chorus “I’m just curious?//Is it serious?”

“Wanna Be Missed” and “He’ll Never Love You (HNLY) continues the yearning over her lover. “Palm Dreams”  and “Molecules” are the only songs that feel out of place on the album. However, she perfectly concludes the album with “Let it Be.” She sings, “Wasted the beautiful all on my own// I’m making a new home” as she moves on from a relationship.

Kiyoko might not have the vocal range of other female pop stars, but her fearlessness in telling her story the way she wants to is what sets her apart from the rest. The album certainly lives up to her fans expectations and is a solid debut album from this unapologetic pop star.