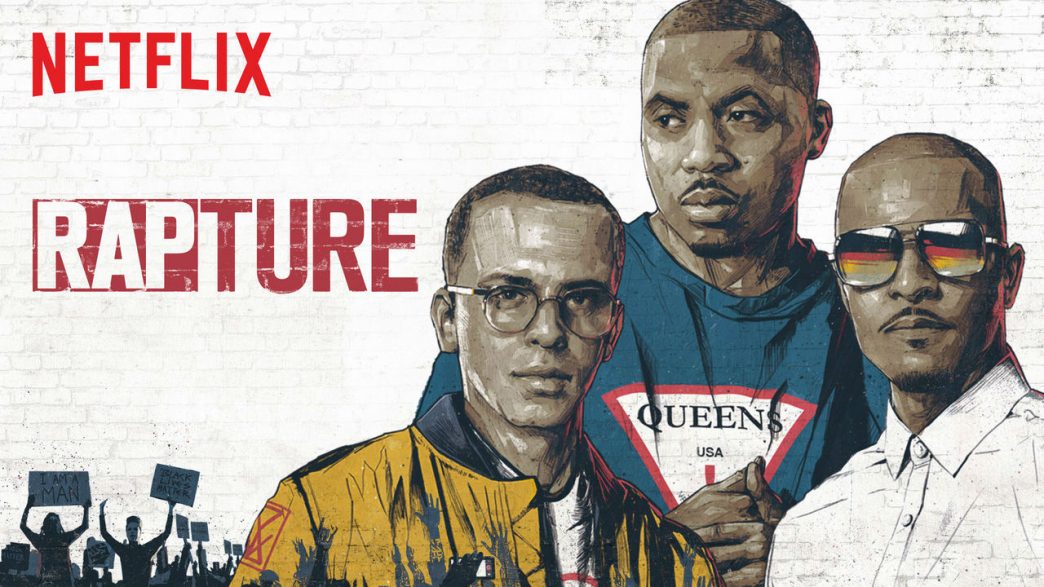 Rapture is as refreshing as it is captivating. Every hour-long episode focuses extensively on each featured artist, their story, and what they’ve learned from their unique experiences. The entire series is delightfully engrossing as each artist virtually takes you into their history to explain their past and how it shaped their future. For some artists, being in the documentary has been the first time they’ve ever shared information this personal. As fans and viewers, Rapture opens our eyes to the reality of the hip hop scene, which honestly depicts how difficult it can be to find success in the ever changing music industry.

Naturally, I gravitated toward the first episode titled “Gray Matters,” which features Logic. Logic begins his story by discussing his complicated family life as a biracial child. Born to a white mother and a black father, Logic never really felt like he fit in. At school, his peers made fun of him for looking white, while his mother ridiculed him for being partially black. This majorly impacted his own identity and placed him into a unwelcomed gray area. He describes growing up in his section 8 household in Gaithersburg, Maryland with welfare, food stamps, and violence. After a very destructive childhood, Logic finally moved out as a teenager and began his musical journey while working multiple jobs on the side. From there, directors show Logic’s career path unfold when he meets his manager, producer, and debuts his first album Under Pressure.

By the release of Logic’s second album The Incredible True Story, the degree of Logic’s anxiety became crippling. He admits that while he was on tour he was constantly abusing his physical and mental health by overworking day in and day out. This is a side of Logic many fans had never seen before. It wasn’t until the release of his third studio album Everybody where he would then candidly open up about his struggles with mental health. Particularly, Logic drew attention to the stigma of mental health with the song “Anziety.” This was a huge breakthrough not only for him, but his fans as well. Logic choosing to share his story helps normalize struggles with mental health to prove to the industry and overall society that you are not alone.

To conclude this first episode, Logic’s honest story inspires viewers to continuously chase their dreams no matter how society may define or judge them. Since day one, he has always preached his wholesome message to the fans, “Peace, Love, & Positivity.” Today, Logic stands front and center in the spotlight with enormous fan base supporting him all because he never gave into those feelings of insecurity, anxiety, or self doubt. Rapture has done a phenomenal job capturing Logic’s long road to stardom and where he plans on going next.

If you’re looking to feel inspired by some rare, hard-hitting stories, I highly recommend indulging in the first season of Rapture. All eight episodes are out now on Netflix!